BANGKOK, Dec. 22 (CNA) - Thailand confirmed 427 new coronavirus infections and urged about 1,000 people spanning a quarter of the country's provinces to seek tests on Tuesday (Dec 22), in a bid to contain its biggest COVID-19 outbreak yet.

The new cases include 397 migrants in the southwestern province of Samut Sakhon, where an outbreak was discovered at the weekend following positive tests for COVID-19 among hundreds of workers at a large seafood centre.

More than 1,100 cases, mostly from neighbouring Myanmar with no symptoms, have since been traced back to the now shuttered centre, where scores of vendors typically deal in shrimps and other seafood sold widely.

Authorities said buyers from 22 provinces were known to have been there from Dec 1 to Dec 18 and should get tested.

"There are about 1,000 people across the country who went to buy goods at the market," Taweesin Wisanuyothin, a spokesman for the country's COVID-19 taskforce, told a briefing.

"But don't panic. Anybody who went should be tested for COVID."

Thailand had previously kept its epidemic in check, with about 4,300 confirmed cases and 60 deaths before the weekend, among the world's lowest numbers.

Its success has been largely down to swift contact tracing and quarantine and strict entry requirements that have decimated its tourism industry, a crucial sector for its economy, Southeast Asia's second-largest.

There were 16 other cases reported on Tuesday in eight different provinces, including five infections in Bangkok. Fourteen imported cases were also confirmed.

Myanmar is a key source of labour for Thailand's seafood sector and authorities suspect some workers may have returned from the country since infections there started to surge in August. Myanmar has reported nearly 117,000 cases.

Thai authorities are setting up a field hospital in Samut Sakhon to test and treat migrant workers. 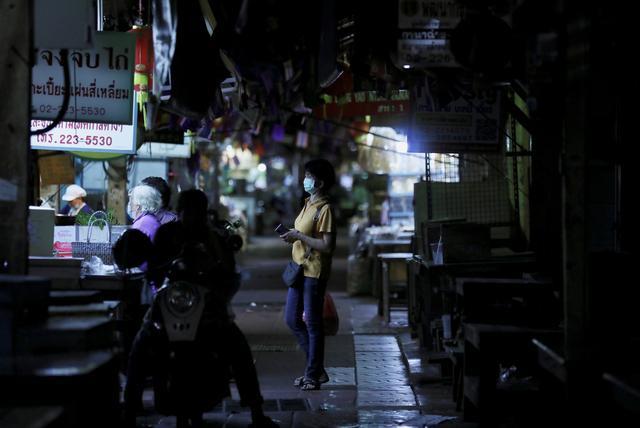