LONDON, Dec. 23 (CNA) - British drugmaker AstraZeneca Plc told Reuters on Tuesday (Dec 22) its COVID-19 vaccine should be effective against the new coronavirus variant, adding that studies were under way to fully probe the impact of the mutation.

"AZD1222 (AstraZeneca's vaccine candidate) contains the genetic material of the SARS-CoV-2 virus spike protein, and the changes to the genetic code seen in this new viral strain do not appear to change the structure of the spike protein," an AstraZeneca representative said in an email.

Drugmakers are scrambling to test their COVID-19 vaccines against the new fast-spreading variant of the virus that is raging in Britain, the latest challenge in the breakneck race to curb the pandemic.

"Through vaccination with AZD1222, the body's immune system is trained to recognise many different parts of the spike protein, so that it can eliminate the virus if it is later exposed," the AstraZeneca representative added.

The mutation known as the B.1.1.7 lineage may be up to 70 per cent more infectious and more of a concern for children. It has sown chaos in Britain, prompting a wave of travel bans that are disrupting trade with Europe and threatening to further isolate the island country.

The AstraZeneca-Oxford shot is considered vital for lower-income countries and those in hot climates because it is cheaper, easier to transport and can be stored for long periods at normal refrigerator temperatures.

Data from AstraZeneca's late-stage trials in the UK and Brazil released earlier this month showed the vaccine had efficacy of 62 per cent for trial participants given two full doses, but 90 per cent for a smaller sub-group given a half, then a full dose.

Reuters reported late on Tuesday that India is likely to approve AstraZeneca's vaccine for emergency use by next week. 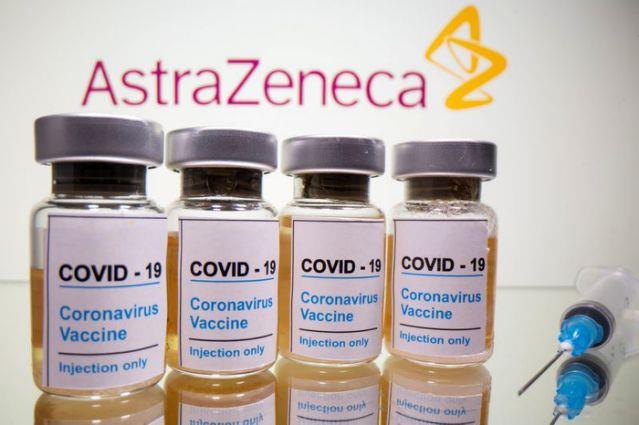