WILMINGTON, Dec. 22 (CNA) - President-elect Joe Biden said on Tuesday (Dec 22) that the perpetrators of a massive cyberattack on the US government, unofficially blamed on Russia, must face consequences, and assailed President Donald Trump over his response to the threat.

"We can't let this go unanswered," Biden said in pre-holiday remarks to the American people.

"That means making clear, and publicly, who is responsible for the attack and taking meaningful steps to hold them in account."

Biden, who as president-in-waiting has received intelligence briefings on key national security issues, says much remains unknown about the extent of the damage from the attack.

"I see no evidence that it's under control," Biden said, responding to Trump's claim to the contrary.

"This president hasn't even identified who is responsible yet," he noted.

He warned he would retaliate once he become president on Jan 20.

"When I learn the extent of the damage and, in fact, who is formally responsible, they can be assured that we will respond, and probably respond in kind," he said.

"There are many options which I will not discuss now." 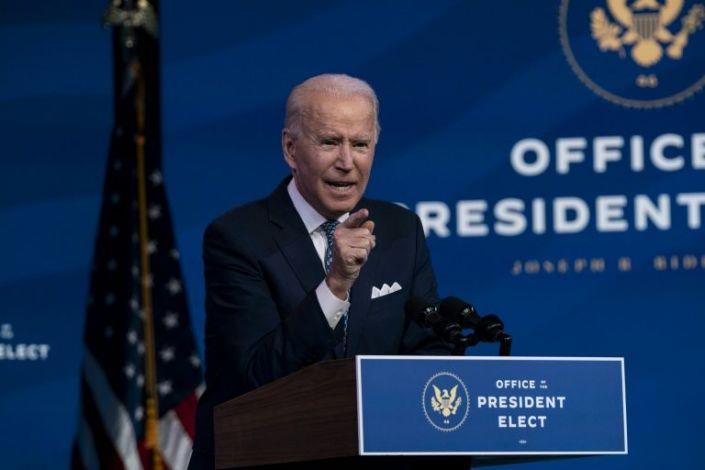