One Million Vaccinated as US Eyes Return to Normal Next Summer

WASHINGTON, Dec. 23 (CNA) - More than a million Americans have received the first dose of their COVID-19 vaccines, a senior official said on Wednesday (Dec 23), as the US eyes a return to normal by next summer.

The news comes as the winter surge in cases rages across the country, where the virus has claimed more than 320,000 lives and is on course to be the third leading cause of death in the year.

Centers for Disease Control and Prevention (CDC) Director Robert Redfield said jurisdictions had logged the first million shots with his agency since the biggest immunisation drive in US history kicked off on Dec 14.

About 3 million doses of the Pfizer-BioNTech vaccine were rolled out last week, and the official goal for this week was 2 million more Pfizer doses, and 6 million from Moderna.

The US government and its partners will distribute 4.67 million doses of Pfizer and Moderna's COVID-19 vaccine next week, bringing the total number of doses slated for shipment this year to around 20 million, US Army General Gustave Perna said.

Perna said some deliveries of the first 20 million doses will drag on until the first week of January.

Moncef Slaoui, chief adviser of the government's Operation Warp Speed, said the objective of injecting 20 million people this month was "unlikely to be met", adding that a delay was beginning to emerge between doses being distributed to sites and the shots being administered.

"The commitment that we can make is to make vaccine doses available," Slaoui said told a press call. "How fast the ramp ups of immunisations, the shots in arms, is happening is slower than we thought it would be."

But he remained confident of being able to inoculate 100 million people in the first quarter of 2021 and another 100 million by the second quarter. 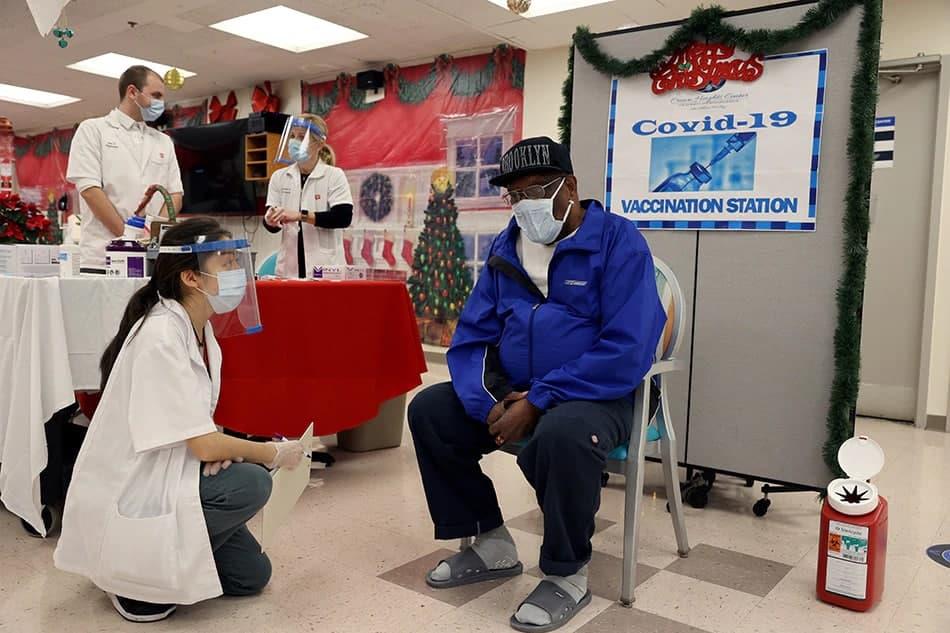