SEOUL, Dec. 26 (Reuters) - South Korea posted its second-highest daily number of coronavirus cases on Saturday as outbreaks at a prison, nursing homes and churches continued to grow, prompting authorities to plead for a halt to all year-end gatherings.

The Korea Disease Control and Prevention Agency (KDCA) said there were 1,132 new coronavirus cases on Friday, not too far off the record of 1,241 logged a day earlier.

“The virus is spreading whenever and wherever it wants,” Health Minister Kwon Deok-cheol told an intra-agency meeting, adding that people were also being infected at small gatherings with friends and acquaintances.

“As we stand at the crossroads of the third wave, how we stop the spread hinges on how we spend this year-end and New Year period.”

The government plans to hold a meeting on Sunday to discuss whether it will tighten distancing rules to the toughest level for the greater Seoul area.

That would shut another 1.2 million stores and allow only essential workers into offices. Curbs currently in place have closed night clubs, karaoke bars and other night entertainment venues as well as banned on-site dining after 9 p.m.

Ahead of Christmas and New Year holidays, the government also banned gatherings of more than four people in the greater Seoul area and closed down ski resorts and other tourist spots.

South Korea had largely managed to control early major outbreaks with aggressive testing and contact tracing. But critics have faulted authorities for being over-confident and failing to properly prepare for the third and largest wave.

The current largest cluster is at a prison in eastern Seoul, where 514 inmates and workers have been infected, prompting health authorities to test all people there. The virus likely spread easily as the prison consists of five, high-rise buildings and suffers from over-capacity, a health official said. 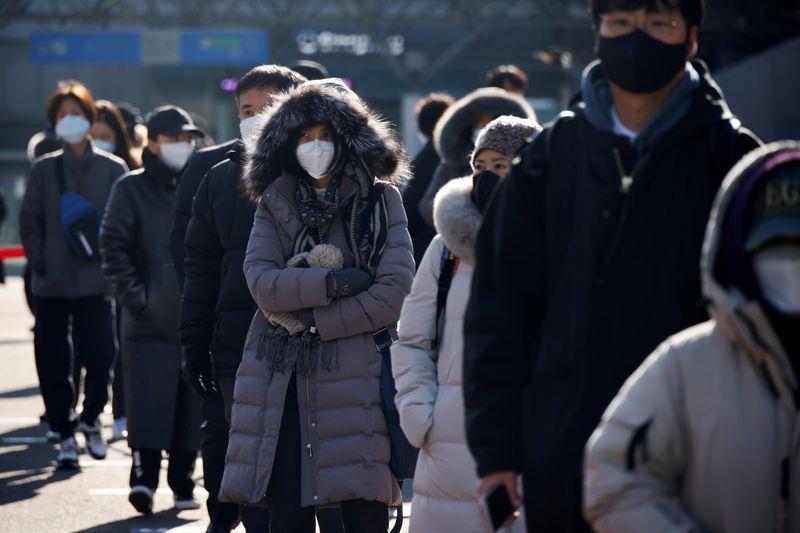