The rare Workers' Party congress, which Kim last hosted in 2016, has drawn international attention as he is expected to unveil a new five-year economic plan and address foreign policy, just two weeks before US President-elect Joe Biden takes office.

The congress opened on Tuesday in the capital, with thousands of delegates and observers in attendance, the official Korean Central News Agency (KCNA) reported.

In his opening speech, Kim said the country had achieved a "miraculous victory" by bolstering its power and global prestige since the last meeting, referring to military advances that culminated in successful tests in 2017 of intercontinental ballistic missiles capable of striking the US mainland.

But the five-year economic strategy he set forth in 2016 “were not met in almost all areas to a great extent”. Kim said North Korea “must not repeat the painful lessons", according to KCNA.

North Korea has said it will lay out a new five-year development plan at the ongoing congress.

This year’s congress comes as Kim faces the toughest challenge of his nine-year rule because of what he calls “multiple crises” - an economy hammered by pandemic-caused border closings, a spate of natural disasters last summer and persistent US-led sanctions.

North Korea has not officially confirmed any coronavirus cases, although it reported thousands of "suspected cases" to the World Health Organization.

Another source of worry for Kim is the planned inauguration of President-elect Joe Biden, who unlike President Donald Trump is expected to avoid top-down summit diplomacy with him and maintain punishing sanctions on the North, unless Kim takes significant steps toward denuclearisation.

Officially, the congress is the party’s top decision-making body, though key day-to-day decisions are made by Kim and members of his inner circle. The congress would still provide Kim with a chance to solidity his authority by announcing new state goals, naming loyal lieutenants to top posts and calling for a stronger unity behind his leadership.

North Korea’s year-long closure of its border with China, its biggest trading partner, to guard against COVID-19 is taking a heavy toll on its already-troubled economy.

Bilateral trade volume plummeted by about 79 per cent in the first 11 months of last year from the corresponding period in 2019, analyst Song Jaeguk at Seoul’s IBK Economic Research Institute. North Korea’s GDP was estimated to have contracted by 9.3 per cent in 2020, he said.

In the wake of its sharply shrunken external trade, North Korea experienced a fourfold increase of imported foodstuffs like sugar and seasonings at markets while its factory operation rate dropped to its lowest level since Kim took power because of a shortage of raw materials, South Korea’s spy agency told lawmakers in late November.

The congress, the country's eighth and the second under Kim, was attended by 4,750 delegates and 2,000 spectators, Kim said.

In KCNA images, no one was seen wearing masks and participants did not sit apart, unlike at some other recent public events.

The meeting will last some days, during which Kim is also expected to announce leadership changes - potentially involving his sister - and discuss other organisational, budget and audit issues. 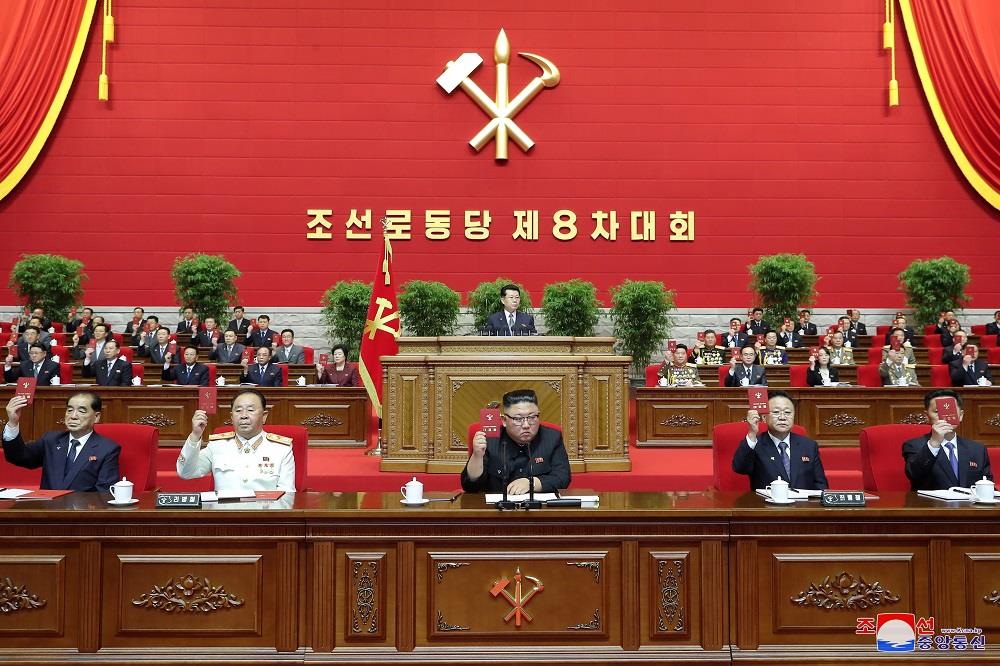