MANILA, Jan. 6 (CNA) - The Philippines is negotiating with seven vaccine manufacturers to procure at least 148 million COVID-19 shots as it seeks to inoculate close to two-thirds of its population this year, a senior official said on Wednesday (Jan 6).

Carlito Galvez, a former general in charge of the country's strategy to fight the coronavirus, said the government hopes to close deals with Novavax, Moderna, AstraZeneca , Pfizer, Johnson & Johnson, Sinovac Biotech and the Gamaleya Institute this month, although availability could be a challenge amid stiff competition.

"We will be able to purchase at least 148 million doses from seven manufacturers. However, that will be dependent on global supply," Galvez told a media briefing.

Wealthier nations had already snapped up 80 per cent of available doses, he said, without providing a source for the data.

The Philippines had earlier targeted 80 million doses and though it has been talking with vaccine-makers for months, the country has secured only 2.6 million doses, from Britain's AstraZeneca, paid for by a private sector group, which will give half of those to their employees.

AstraZeneca on Wednesday applied for an emergency use of its COVID-19 vaccines in the Philippines.

The country will get subsidised doses for 23 million of its people through the global vaccine partnership known as COVAX, Galvez added.

Healthcare workers, elderly, soldiers, police, teachers and government workers will be prioritised in a rollout that could start as early as the first quarter, he said.

Philippine regulators have yet to approve any COVID-19 vaccines and news of President Rodrigo Duterte's security detail being inoculated in September has caused an uproar among activists and lawmakers.

The Philippines has recorded 480,737 infections and 9,347 deaths due to the coronavirus. 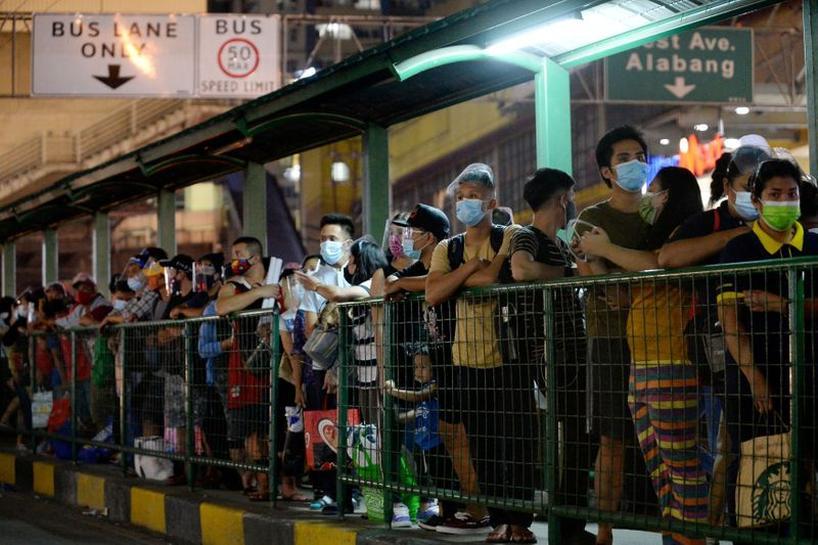