Speaking at a party congress in Pyongyang just days before US President-elect Joe Biden is due to take office, Kim said that dropping those hostile policies would be key to North Korea-US relations, state news agency KCNA said.

"Our foreign political activities should be focused and redirected on subduing the US, our biggest enemy and main obstacle to our innovated development," Kim said, according to a KCNA report of his remarks.

"No matter who is in power in the US, the true nature of the US and its fundamental policies towards North Korea never change," Kim said, vowing to expand ties with "anti-imperialist, independent forces".

There was no immediate comment from the US State Department. A spokesman for the Biden campaign declined to comment.

Kim also called for more research and development of advanced military equipment, as well as further progress in expanding the country's arsenal of nuclear weapons.

The remarks came a day after Kim explored ways to renew inter-Korean ties and vowed to expand diplomatic relations in remarks to the congress.

Other days of meetings have focused on economic policy, with the country facing growing crises caused by international sanctions over the nuclear programme, as well as self-imposed lockdowns to prevent a coronavirus outbreak. 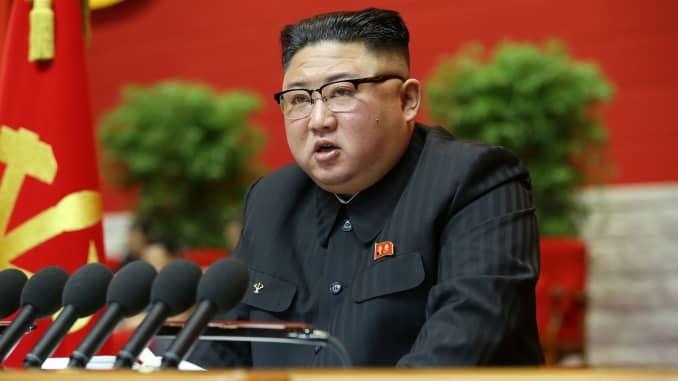