Trump Says He Will Not Attend Biden's Inauguration

WASHINGTON, Jan. 8 (CNA) - US President Donald Trump said on Friday (Jan 8) he would not attend the inauguration of his successor, Democratic President-elect Joe Biden, on Jan 20, hours after promising a peaceful transition of power.

There have been discussions at the White House about Trump leaving Washington on Jan 19, a source familiar with the matter said. He is expected to travel to his Florida resort, the source said.

"To all of those who have asked, I will not be going to the Inauguration on January 20th," Trump wrote on Twitter.

Trump offered no clues for how he would spent his final hours in office, and will be the first incumbent president since Andrew Johnson to skip his successor’s swearing-in. Traditionally, the incoming and outgoing presidents ride to the US Capitol together for the ceremony, as a symbol of the nation's peaceful transition.

Trump's comments come two days after a violent mob of his supporters occupied the Capitol for several hours as lawmakers were tallying the electoral votes that certified Biden's victory. Biden will become president at noon on Jan 20 regardless of Trump’s plans.

In Wilmington, Delaware, Biden said that Trump's absence would be a "good thing".

"One of the few things he and I have ever agreed on ... He's been an embarrassment to the country."

Biden said Vice President Mike Pence would be "welcome" at his inauguration.

Pence was expected to attend the inauguration. Pence spokesman Devin Malley said “Vice President Pence and the Second Lady have yet to make a decision regarding their attendance."

Biden’s transition team had no immediate comment on Trump’s announcement. But Jen Psaki, the president-elect’s incoming White House press secretary, said last month that whether Trump attended the inauguration was not top of mind for Biden. 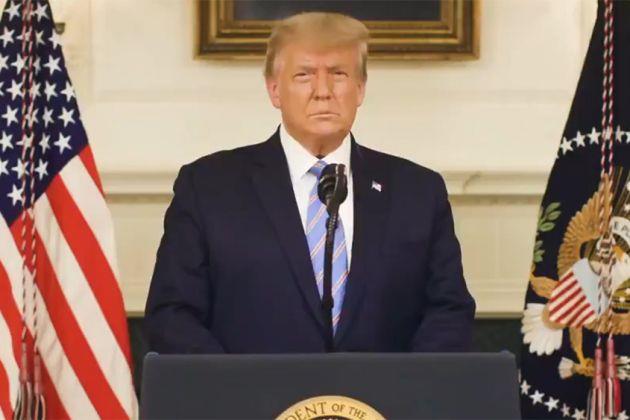