Indonesian plane crashes after take-off with 62 aboard

JAKARTA (Reuters) - A Sriwijaya Air plane crashed into the sea on Saturday minutes after taking off from Indonesia’s capital Jakarta on a domestic flight with 62 people on board, and their fate was not known.

The Boeing 737-500, en route to Pontianak in West Kalimantan, disappeared from radar screens after taking off just after 2.30 p.m. (0730 GMT) - 30 minutes after the scheduled time because of heavy rain.

Indonesian Transport Minister Budi Karya told a news conference that 62 people had been aboard Flight SJ 182, including 12 crew. The detik.com website quoted him as saying the plane crashed near Laki Island, some 20 km (12 miles) from the airport.

Rescue agency Basarnas said in a statement it would send a team to the Thousand Islands area to help in the search for victims “after the crash of Sriwijaya Air SJ 182”. 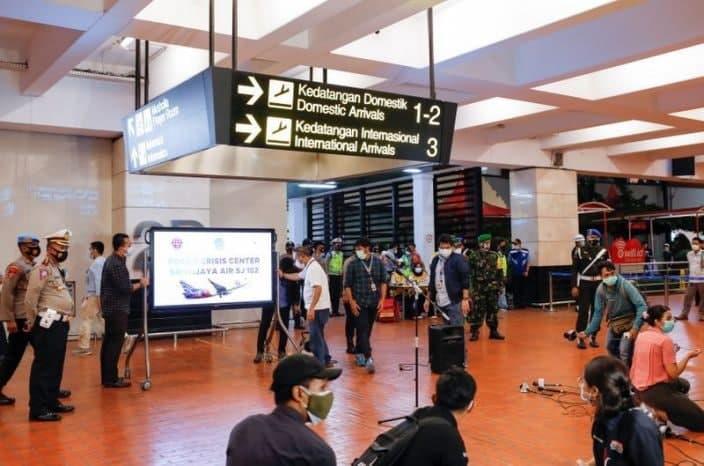 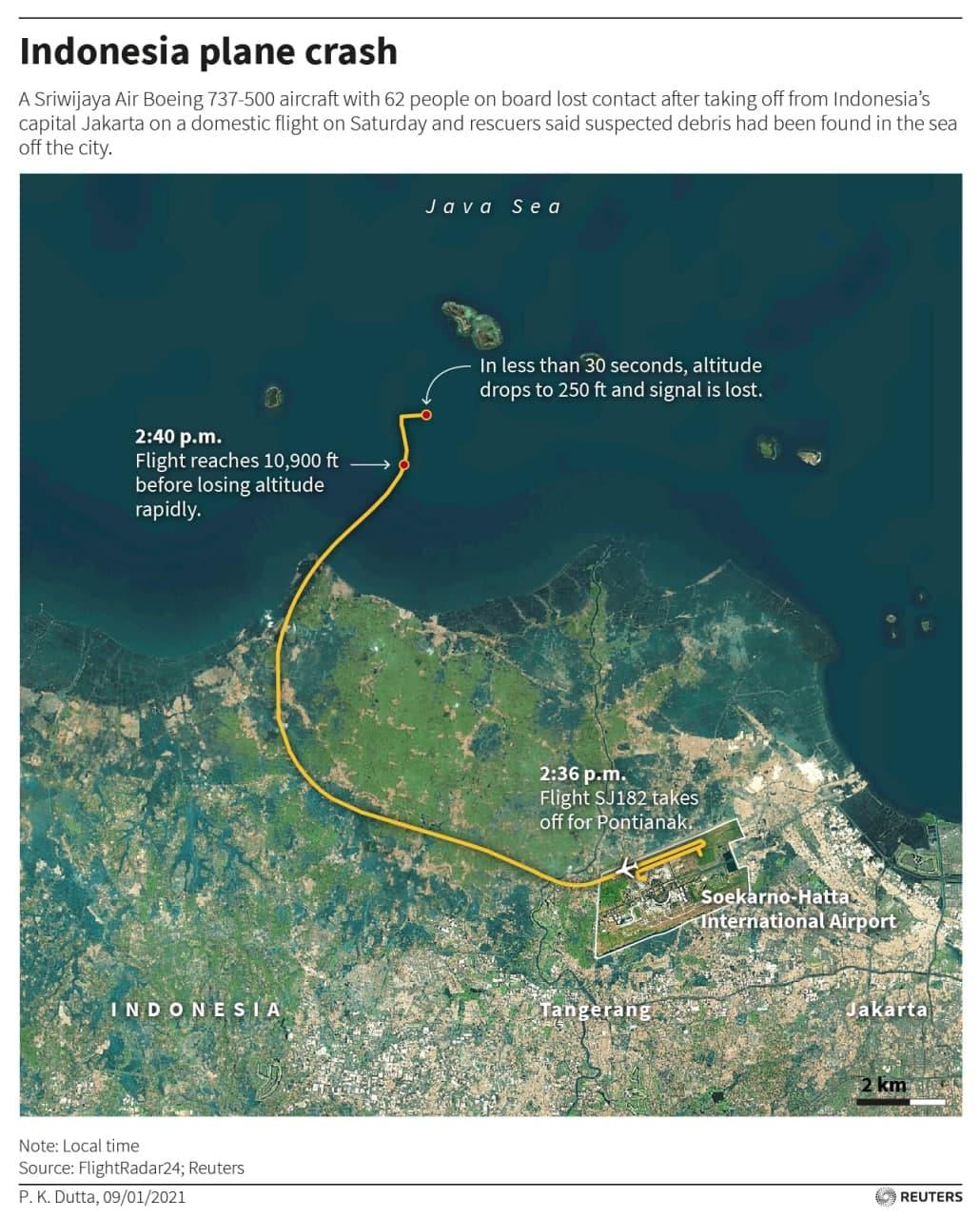