JAKARTA, Jan. 11 (CNA) - Indonesian navy divers scouring the sea bed on Monday (Jan 11) were closing in on data recorders from a Sriwijaya Air jet that crashed at the weekend, as investigators took up the grim task of identifying victims' mangled remains.

Finding the boxes - cockpit voice and flight data recorders - could offer crucial clues as to why the Sriwijaya Air Boeing 737-500 plunged about 10,000ft in less than a minute before slamming into the Java Sea.

The plane was headed on a domestic flight to Pontianak on Borneo island, about 740km from Jakarta, before it disappeared from radar screens.

Divers had further narrowed down the search area strongly suspected to be the location of the black boxes, a Navy spokesman, Fajar Tri Rohadi said.

Bayu Wardoyo, a rescue diver, told Kompas TV more human remains had been found on Monday and that underwater visibility was about 5m to 6m.

Body bags filled with human remains were sprayed with disinfectant at Jakarta's main port before being taken to a police hospital. The police hospital has taken 40 DNA samples from the relatives of victims and other medical records to help with identification, officials said.

"The quicker we can find victims, the better," search and rescue operation director Rasman MS told an earlier briefing, adding that the operation involved 2,600 personnel, 53 ships and aerial surveillance.

Nurcahyo Utomo, an investigator at Indonesia's National Transportation Safety Committee (KNKT), told Reuters the jet may have been intact before it hit the water, given the debris appeared to have scattered in a relatively tight area underwater.

He said KNKT had yet to speak to Sriwijaya Air's management, but was collecting data on the plane and the pilots.

Rescuers have so far found one of the jet's turbines, pieces of the plane's tail, the rim of a wheel and an emergency chute, as well as clothing and personal belongings from passengers.

Flight SJ182 had 12 crew and 50 passengers on board, all Indonesians and including 10 children. 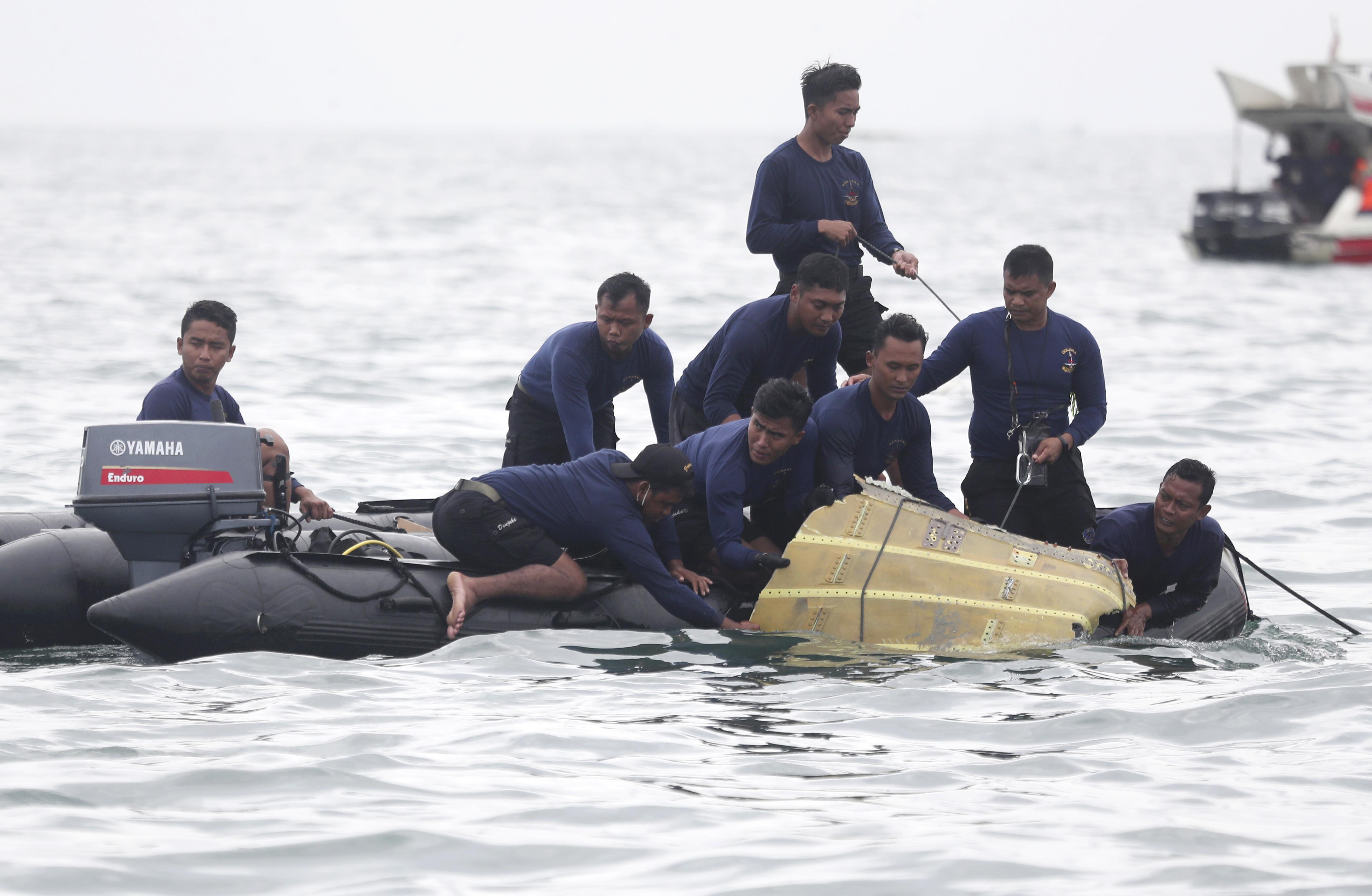