WASHINGTON, Jan. 13 (CNA) - Donald Trump became the first US president in history to be impeached twice when the House of Representatives voted on Wednesday (Jan 13) to charge him with inciting last week's mob attack on Congress.

The Democratic-led House's 232-197 passage of a single article of impeachment in a historic vote in the waning days of Trump's four-year term in office does not remove him from office.

Rather it moves the drama over his political fate to the Senate, which remains in the hands of Trump's fellow Republicans for now but later this month will be under Democratic control.

In the end, 10 Republicans broke ranks, including the party's number three in the House, Representative Liz Cheney.

President Donald Trump urged Americans to be "united" and avoid violence in his first comments after being impeached, while avoiding any mention of impeachment at all.

In the videotaped speech, Trump said he was "calling on all Americans to overcome the passions of the moment and join together as one American people. Let us choose to move forward united for the good of our families".

Repudiating his supporters who assaulted Congress a week ago, triggering his second impeachment in the House of Representatives, Trump said "there is never a justification for violence. No excuses, no exceptions: America is a nation of laws".

"Those who engaged in the attacks last week will be brought to justice," he said.

In a statement, President-elect Joe Biden called on Senate leadership to work on other business while dealing with their responsibilities on impeachment.

"I hope that the Senate leadership will find a way to deal with their Constitutional responsibilities on impeachment while also working on the other urgent business of this nation," he said.

"From confirmations to key posts such as Secretaries for Homeland Security, State, Defense, Treasury and Director of National Intelligence, to getting our vaccine program on track, and to getting our economy going again. Too many of our fellow Americans have suffered for too long over the past year to delay this urgent work." 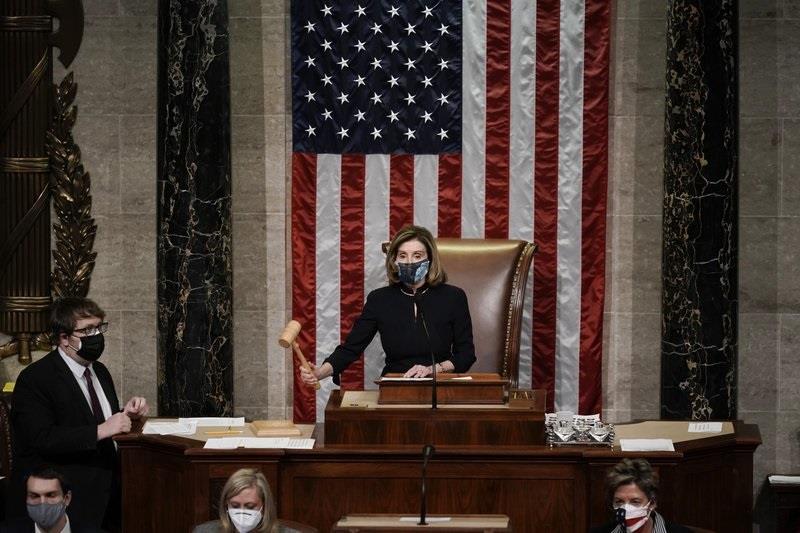