WASHINGTON, Feb. 1 (CNA) - US President Joe Biden called Monday (Feb 1) on Myanmar's military to relinquish power immediately and ordered a review to consider reimposing sanctions lifted due to the nation's transition to democracy.

"The international community should come together in one voice to press the Burmese military to immediately relinquish the power they have seized," Biden said.

"The United States removed sanctions on Burma over the past decade based on progress toward democracy," he said in a statement, using Myanmar's former name.

"The reversal of that progress will necessitate an immediate review of our sanction laws and authorities, followed by appropriate action."

"The United States will stand up for democracy wherever it is under attack."

Myanmar's transition had initially been seen as a major success story of the administration of former president Barack Obama, in which Biden served as vice president, with the strategically placed country seen as moving toward democracy and away from China's orbit.

On Monday, the military arrested her and other politicians after her party scored another sweeping election victory.

"The United States is taking note of those who stand with the people of Burma in this difficult hour," Biden said, in what was likely a veiled reference to China.

"We will work with our partners throughout the region and the world to support the restoration of democracy and the rule of law, as well as to hold accountable those responsible for overturning Burma's democratic transition." 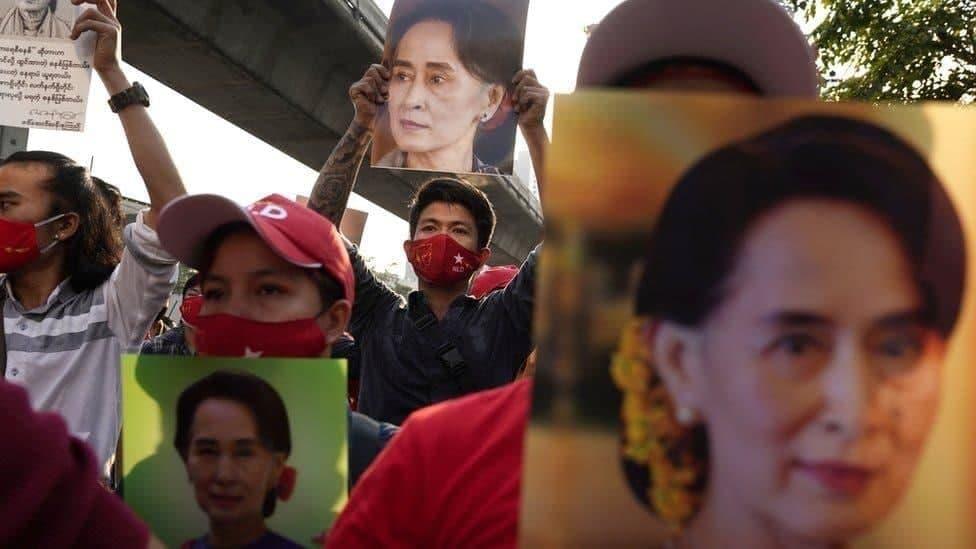 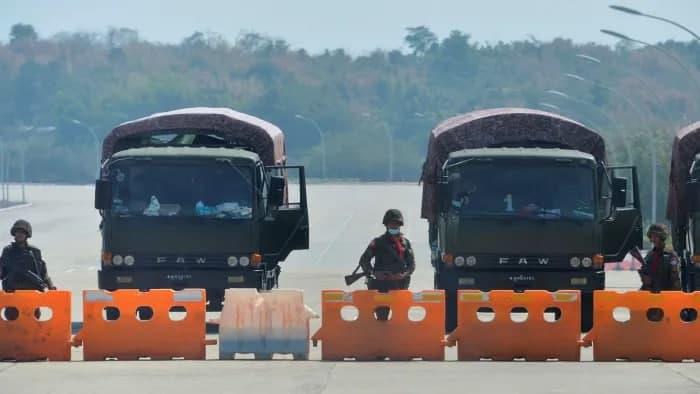