Myanmar Coup is a Test for Biden and the U.S. Role as a Champion of Democracy

WASHINGTON, Feb. 1 (The Washington Post) - President Biden condemned a military coup in Myanmar on Monday, calling the takeover “a direct assault on the country’s transition to democracy” and setting up an early test of American moral authority following domestic efforts to overturn the U.S. presidential election.

Biden threatened to reimpose U.S. economic sanctions on Myanmar, also known as Burma, over the forcible removal of the civilian government and the detention of its de facto leader, Nobel laureate Aung San Suu Kyi.

“In a democracy, force should never seek to overrule the will of the people or attempt to erase the outcome of a credible election,” Biden said in a statement that urged a coordinated international response.

The coup unseated a fragile civilian government and posed a challenge for Biden’s new administration. Critics have warned that former president Donald Trump’s repeated, baseless claims of fraud in the U.S. election, culminating in a deadly assault on the Capitol a month ago, could be used to undermine the American position abroad. Biden has pledged to return the United States to a leadership role in condemning anti-democratic actions worldwide.

“The United States removed sanctions on Burma over the past decade based on progress toward democracy,” Biden said. “The reversal of that progress will necessitate an immediate review of our sanction laws and authorities.”

Secretary of State Antony Blinken said in a statement that Washington stands with the people of Myanmar in their “aspirations for democracy, freedom, peace and development.” Biden was briefed Sunday evening by Blinken and national security adviser Jake Sullivan, said White House press secretary Jen Psaki.

“We removed sanctions, the United States I should say, removed sanctions in the past decade based on progress toward democracy. The reversal of that progress will necessitate an immediate review of our sanctions laws and authorities, followed by appropriate action,” Psaki said Monday. She did not give a timeline.

Psaki was also asked whether Biden’s use of the name Burma was intentionally “discourteous” to the Myanmar military, which had changed the country’s name and built a new capital city before the transition to civilian rule. “I don’t think that’s the conclusion you should draw,” she said.

One question for the Biden administration will be whether to formally label the takeover a coup, which carries legal implications that include restrictions on U.S. engagement with those accused of leading it.

The new administration will try both to condemn authoritarian behavior and leave room for the military to step back, said Derek Mitchell, a former U.S. envoy for Myanmar who now leads the National Democratic Institute.

“It is essential the Biden administration work closely with other countries to send a strong and coordinated message,” said John Sifton of Human Rights Watch.

The Biden administration will need to balance such calls with concerns that overly tough actions could push Myanmar further into China’s arms. Such worries have factored into the State Department’s considerations of whether declaring the persecution of the Rohingya a genocide, U.S. officials have said. 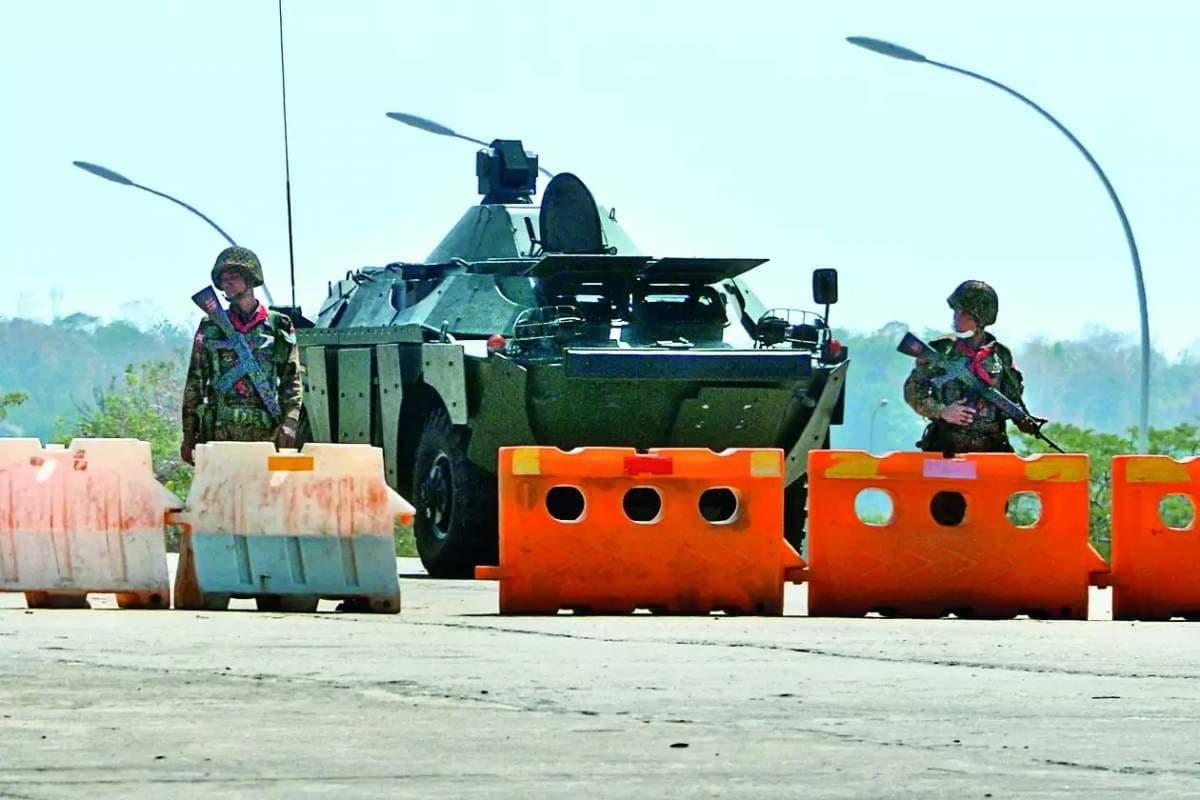