WASHINGTON, Feb. 2 (CNA) - Washington formally determined on Tuesday (Feb 2) that Myanmar's military carried out a coup, legally requiring an end to US assistance to the government.

"After a careful review of the facts and circumstances, we've assessed that Aung San Suu Kyi, the leader of Burma's ruling party, and Win Myint, the duly elected head of government, were deposed in a military coup," a State Department official said, using Myanmar's former name.

"We continue to call on the Burmese military leadership to release them, and all other detained civil society, and political leaders immediately and unconditionally," she said.

Under US law, the United States will be forbidden from assisting the government but the effects will be largely symbolic as virtually all assistance in Myanmar goes to non-governmental channels.

Asked how much money goes through the government, the official, speaking on customary condition of anonymity, said, "Very little - almost none."

The military was already under US sanctions over its brutal campaign against the Rohingya minority.

The State Department official said Washington would maintain humanitarian programmes, including for the Rohingya, but will also "undertake a broader review of our assistance" to Myanmar.

President Joe Biden in a forceful statement on Monday said the US would consider reimposing sanctions on Myanmar, which were lifted during its decade-long transition to democracy.

Washington has contributed US$1.5 billion to Myanmar since 2012 to support democracy, internal peace and violence-hit communities, according to the State Department.

The official said that the United States has had no contact since the coup either with the military or civilian leaders, who have been put under house arrest.

But she said that the United States is "having daily ongoing conversations" with Japan and India, close US partners that "have better contact with the Burmese military than we do".

Japan and India, both eager to offer an alternative to Myanmar's major partner China, have pursued cordial relations even after Western nations pulled back over the treatment of the Rohingya, on which Aung San Suu Kyi said little.

Days before the coup, India shipped 1.5 million doses of COVID-19 vaccine to Myanmar. 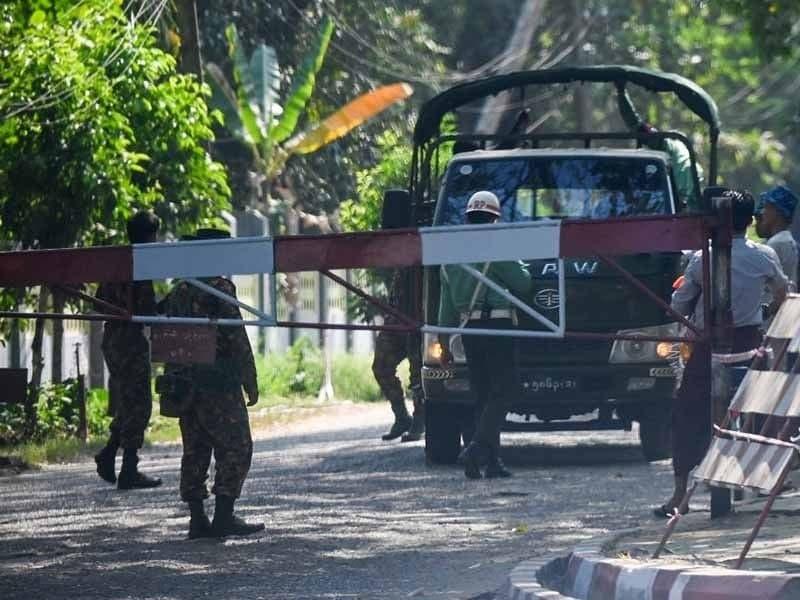