Singapore Passes Law to Use Covid Tracing for Criminal Probes

The government introduced its TraceTogether technology last year during the early months of the pandemic, promising the data collected would be used only for coronavirus containment. Then in January, Singapore disclosed the app’s data had been tapped for a murder investigation and said it planned legislation to support such efforts.

The new law allows access to contact tracing data under seven categories of serious crime including murder, rape and drug trafficking. It also covers other contact tracing systems like SafeEntry, a national digital check in system which provides a record of people who enter and exit venues.

“These are extraordinary times, and exceptional circumstances,” said Minister of Foreign Affairs Vivian Balakrishnan. “We are introducing this bill urgently, to remove any doubt among Singaporeans, and assure everyone that the data will be properly safeguarded and used only for the appropriate purposes, so that we may continue to focus our attention towards battling this pandemic.”

The move had sparked a blowback. Some critics said Singapore’s decision could signal the privacy risks of participating in contact-tracing programs, discouraging people from using technology at the heart of stopping Covid-19.

Balakrishnan, who’s also the minister-in-charge of the city-state’s so-called Smart Nation Initiative, said the app currently retains data on a person’s device for 25 days unless it’s been extracted for contact tracing or for criminal investigations. That period of time may change depending on medical advice, he said, without indicating if it could be shortened or extended.

Privacy experts fear that holding onto personal data for longer periods of time will further impede people’s willingness to cooperate with the program.

Members of parliament who supported the bill said it was wrong to deny police another tool to solve serious crimes. One ruling party lawmaker Alex Yam said it was akin to “ignoring a bloody knife” at a crime scene.

The opposition Workers’ Party is supporting the bill, despite its members raising concerns including about how the public’s adoption of contact tracing might become lower.

Singaporeans downloaded the app “in large numbers in part because they trusted the government’s assurances on privacy and limitation on use. This unfortunate sequence of events may make many Singaporeans more wary of taking the government’s statements at face value,” said Gerald Giam, a Workers’ Party member.

“Perception will drive behavior. The net result may be the lower than desired usage of TraceTogether, which will hamper our contact tracing efforts,” he said.

Balakrishnan, who last year had said the data would only be used for contact tracing, accepted responsibility for the mistake. “We acknowledge our error in not stating that data from TraceTogether is not exempt from the Criminal Procedure Code,” he said. “I take full responsibility for this mistake. I regret the consternation and anxiety caused.”

Singapore vowed its use of the Covid-19 data would be limited. Once the pandemic is over, the government will cease use of the current contact tracing system. Public agencies must then stop collecting such data, and delete the collected personal contact tracing data as soon as practicable.

Any public officer, or contractor engaged by a public sector agency, found guilty of unauthorized use or disclosure of personal contact tracing data can be fined up to S$20,000 ($15,044), or sentenced to jail for up to two years, or both. 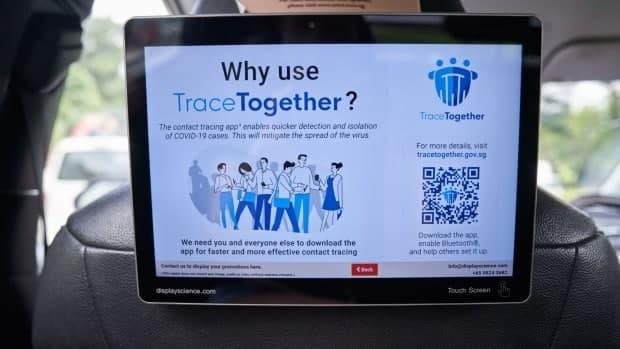