GORKI, Feb. 1 (TASS) - Deputy Chairman of Russia’s Security Council Dmitry Medvedev has admitted that at a certain point he was certain that the Measures for the Further Reduction and Limitation of Strategic Offensive Arms (New START) had no chances to survive.

"Time was running out [for extending the treaty], and at a certain point I was pretty certain that it would be hopelessly derailed and ditched," Medvedev told Russian media in interview while looking back on very recent history.

Medvedev recalled the discussions that were held in the United States over this treaty and Washington’s failure to get Beijing involved. He sees the consensus over extending the treaty as the first encouraging step towards resolving strategic stability problems. "Clearly, this administration in a sense regards itself as a successor of the Barack Obama administration and is in no mood of changing the flag," Medvedev said. "But the way I see it, everybody stands to gain in the end."

"First and foremost, this benefited the strategic stability dialogue and all countries that literally held breath while watching if Russia and America would be able to come to terms on this score," he stressed. "If the treaty ceased to exist (all of us are old enough to realize this does not mean that war will begin tomorrow), a very important cornerstone would have been removed from the groundwork of international security, strategic parity and strategic stability. Once such a cornerstone is gone, anything can happen."

Asked if it would be possible to establish a dialogue with the United States on all strategic stability issues Medvedev said he would not like to anticipate events by making such forecasts. "Possibly, a miracle will happen and our overseas partners realize the importance of a strategic dialogue," he said.

Medvedev believes that the US Senate’s attitude towards Russia has hardly changed in recent years. "This is well seen in no end of idiotic prohibitive initiatives, laws of such sort and various horror stories," he explained. Medvedev recalled that during a visit to the US, after a conversation with President Barack Obama the US leader refused to go to the Senate together with him, saying that the Senators had a strong dislike for Russians and Obama himself. Medvedev said he went to the meeting with US politicians on his own and they had "a calm conversation for about one hour." 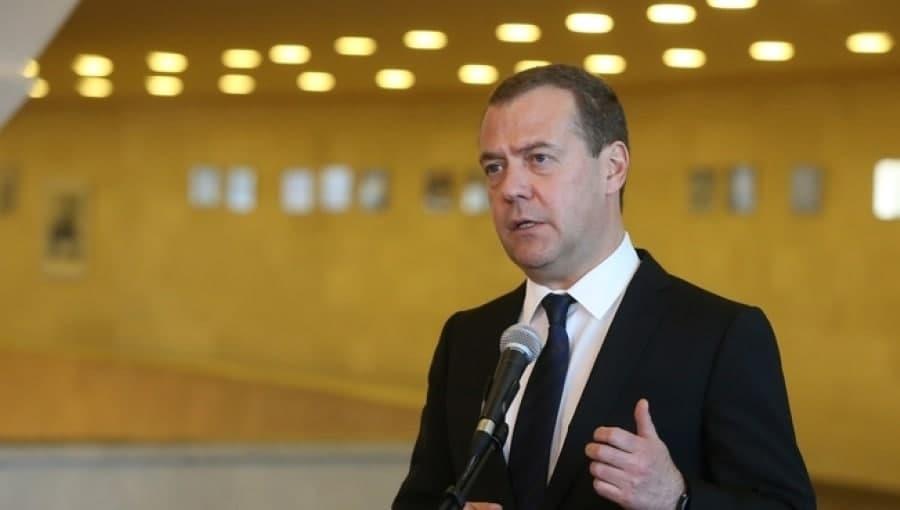