YANGON, Feb. 3 (CNA) - Myanmar's police have filed charges against ousted leader Aung San Suu Kyi for alleged breaches of an import-export law and sought her detention until Feb 15, according to a police document seen by Reuters on Wednesday (Feb 3).

The document from a police station in the capital Naypyidaw said military officers who searched Aung San Suu Kyi's residence had found hand-held radios that were imported illegally and used without permission.

The police have also filed charges against toppled president Win Myint with offences under natural disaster management law, according to the documents.

Aung San Suu Kyi and other senior figures from the ruling party were detained in an early morning raid on Monday.

The move came after days of escalating tension between the civilian government and the powerful military that stirred fears of a coup in the aftermath of an election the army says was fraudulent. 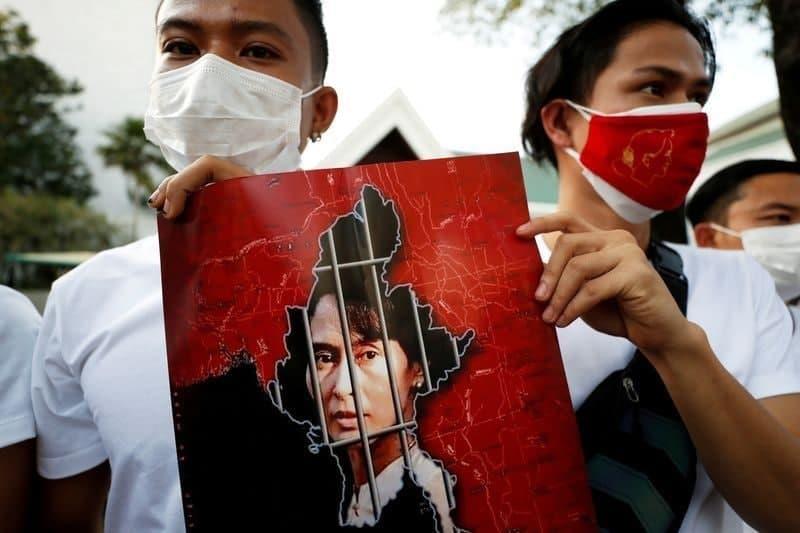