UNITED NATIONS, Feb. 4 (CNA) - The United Nations Security Council called for the release of Myanmar's leader Aung San Suu Kyi and others detained by the military and stressed the need to uphold democracy, but stopped short of condemning this week's coup.

In the United States, the din of voices weighing in to warn the generals to change course grew, as U.S. President Joe Biden said the military should step down and his security adviser said the administration was considering an executive order that could include sanctions.

Myanmar's long and troubled transition to democracy was derailed on Monday when army commander Min Aung Hlaing took power, saying there were irregularities in a November election that Aung San Suu Kyi's party won in a landslide. The electoral commission had said the vote was fair.

The 15-member UN Security Council said in a statement agreed by consensus on Thursday that they "stressed the need to uphold democratic institutions and processes, refrain from violence, and fully respect human rights, fundamental freedoms and the rule of law."

Language in the statement was softer than the original draft by Britain and made no mention of a coup - apparently to win support from China and Russia, which have traditionally shielded Myanmar from significant council action. China also has large economic interests in Myanmar and ties to the military.

China's UN mission said Beijing hoped the key messages in the statement "could be heeded by all sides and lead to a positive outcome" in Myanmar.

Reuters was not immediately able to reach the Myanmar government for comment.

Nobel Peace laureate Aung San Suu Kyi, 75, has not been seen since her arrest. Police have filed charges against her for illegally importing and using six walkie-talkie radios found at her home.

Biden said the United States was working with allies and partners to address the generals' takeover.

"There can be no doubt in a democracy force should never seek to overrule the will of the people or attempt to erase the outcome of a credible election," said Biden.

Two US senators, one Democrat, one Republican, said they would introduce a resolution on Thursday calling on Myanmar's military to step back from the coup or face consequences, notably sanctions.

National security adviser Jake Sullivan told a news briefing that the Biden administration was looking at targeted sanctions on individuals and on entities controlled by the military.

But it is unclear how effective such a move would be. The generals that seized power have few overseas interests that could be affected by financial sanctions.

The International Monetary Fund, which transferred US$350 million to Myanmar just days before the coup to help combat the coronavirus pandemic, said it would be "in the interests of the government, and certainly the people of Myanmar that those funds are indeed used accordingly." 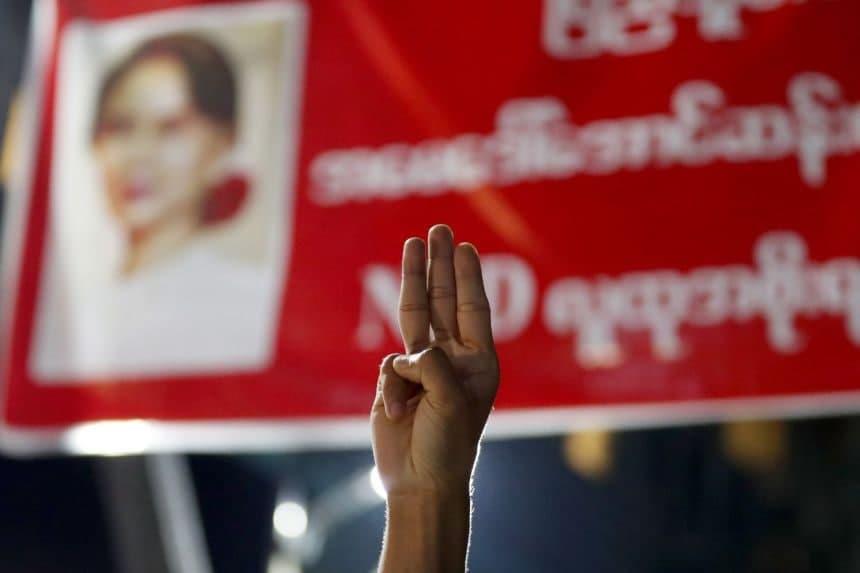