SEOUL, Feb. 5 (CNA) - South Korea unveiled a 48.5 trillion won (US$43.2 billion) plan to build the world's largest wind power plant by 2030 as part of efforts to foster an environmentally-friendly recovery from the COVID-19 pandemic.

The project is a major component of President Moon Jae-in's Green New Deal, initiated last year to curb reliance on fossil fuels in Asia's fourth-largest economy and make it carbon neutral by 2050.

Moon attended a signing ceremony in the southwestern coastal town of Sinan for the plant, which will have a maximum capacity of 8.2 gigawatts (GW).

"With this project, we are accelerating the eco-friendly energy transition and moving more vigorously towards carbon neutrality," Moon said at the event.

The companies will provide 47.6 trillion won of the required funding and the government the remaining 0.9 trillion won, Moon's office Blue House said.

The envisaged 8.2 GW amounts to the energy produced by six nuclear reactors, or the effects of planting 71 million pine trees, officials said.

To date, the world's largest offshore wind farm is Hornsea 1 in Britain, which has 1.12 GW capacity. 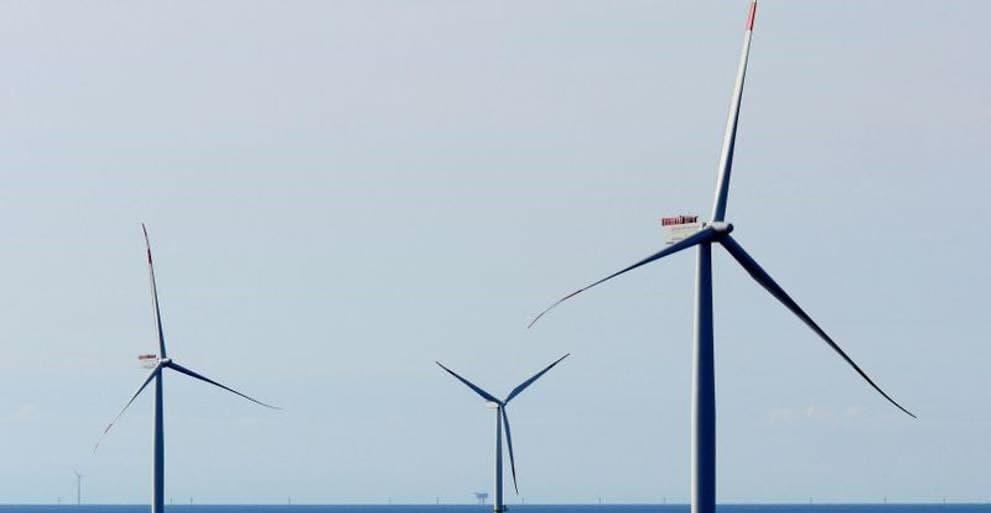