MANILA, Feb. 8 (CNA) - The Philippines and the United States will meet this month to iron out differences over a two-decade-old Visiting Forces Agreement (VFA), Manila's top diplomat said, amid renewed concerns in the region over China's assertive maritime agenda.

The Philippines in November suspended its decision to terminate the VFA for a second time to allow it to work with Washington on a long-term mutual defence pact.

"The suspension was intended that we should continue working and I am narrowing down the issues and soon we will meet...and iron out whatever differences we have," Foreign Affairs Secretary Teodoro Locsin told ANC news channel on Monday (Feb 8), adding a meeting was likely in the last week of February.

He declined to elaborate on the terms of a potential agreement.

President Rodrigo Duterte notified Washington in February last year that he was cancelling the deal amid outrage over a senator and ally being denied a US visa.

But he has extended the termination process, which has now reached US President Joe Biden's term.

The VFA provides the legal framework under which US troops can operate on a rotational basis in the country and experts say without it their other bilateral defence agreements, including the Mutual Defence Treaty (MDT), cannot be implemented.

Last month, US Secretary of State Antony Blinken stressed the importance of the MDT and its clear application if Manila came under attack in the South China Sea.

Blinken's comments came as Manila had filed a diplomatic protest over China's passing of a law allowing its coastguard to open fire on foreign vessels, describing it as a "threat of war".

China claims almost all of the South China Sea, which is a major trade route. The Philippines, Brunei, Vietnam, Malaysia and Taiwan have overlapping claims.

Locsin said he would continue to press for a code of conduct in the disputed waters that "will never exclude" the United States to ensure the balance of power between Washington and Beijing in the region. 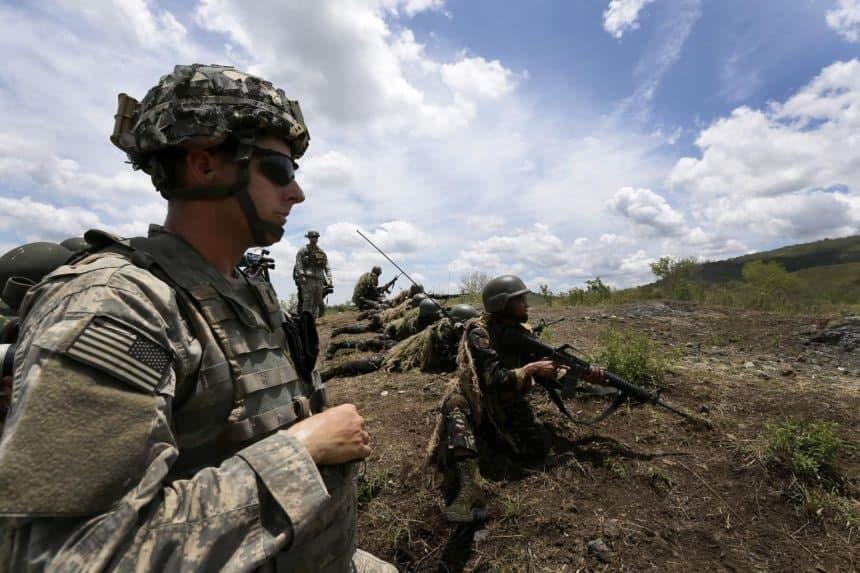