Asian Neighbors Can Solve Their Issues Without External Involvement, Says Chinese Ambassador to US

WASHINGTON, Feb. 7 (Xinhua) -- Without external involvement, it will be "easier and more possible" for Asian neighbors to solve their issues, Chinese Ambassador to the United States Cui Tiankai has said.

Cui made the remarks in an interview aired on Sunday with Fareed Zakaria GPS at CNN on China-U.S. relations.

"But Fareed, please look at the map. All the issues you mentioned and some other issues, they are either part of Chinese territory or in places very close to China," said Cui responding to a question on the so-called "much more assertive" foreign policy by China.

"So who is on the offensive, who is on the defensive, you just have a look at the map. They are all far away from the United States," he said.

The ambassador said China have been very consistent in its foreign policy. "It's an independent policy of peace. Of course, we safeguard our sovereignty and independence. There's no doubt about that."

China and its neighbors have been able to address their disputes and solve them through dialogue and negotiation, Cui said, for instance, China concluded treaties and agreements with most of its neighbors on the land about the borders.

"It was all done by peaceful negotiations. We still have a couple of them left, but we're ready to work with them, negotiate with them, and in the meantime, maintain stability and tranquility in the areas," he said. "Without external involvement, it will be easier and more possible for the neighbors to solve the issues between themselves."

The fact is, whenever there is more involvement by the United States, there is "greater instability, anywhere in the world. Look at the Middle East, look at some other places like Latin America. It's so obvious that when you are 'rebalancing', or 'pivoting,' whatever the word might be, then there's more instability in that region." 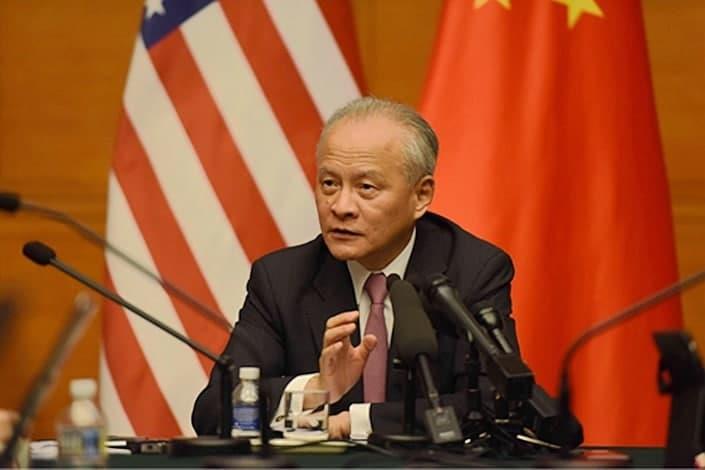