YANGON, Feb. 8 (CNA) - Myanmar’s army chief on Monday night insisted military rule would be different this time, as martial law was declared across swathes of the country after massive protests against the new junta.

Orders covering parts of Yangon, Mandalay and other areas banned people from protesting or gathering in groups of more than five, and imposing an 8pm to 4am curfew.

He echoed previous military insistence that the power grab was in line with the constitution, but declared that this time things would be “different” from the army’s previous 49-year reign, which ended in 2011.

“After the tasks of the emergency period are completed, free and fair multi-party general elections will be held according to the constitution,” he said. “The winning party will be transferred state duty according to democratic standards.

The junta has so far refrained from using deadly force against the demonstrations sweeping most of Myanmar, but with pressure building, riot police fired water cannon in an attempt to disperse thousands gathered in Naypyidaw on Monday.

In the face of an increasingly bold wave of defiance, state broadcaster MRTV in the afternoon warned that opposition to the junta was unlawful and signalled a potential crackdown. 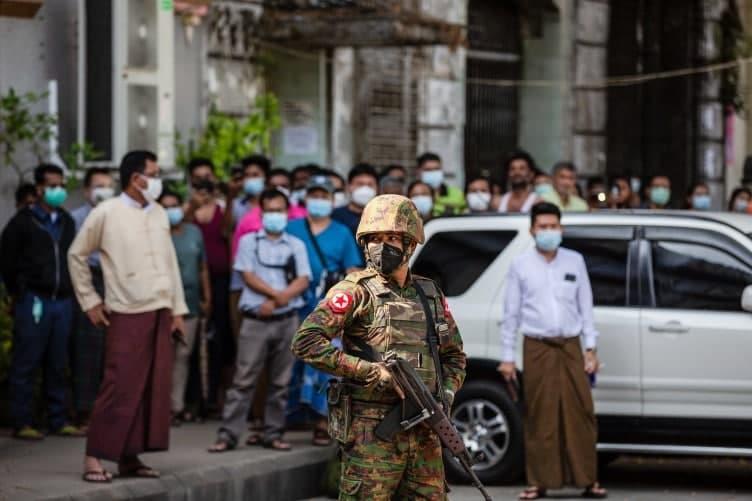