In San Chaung township - where gatherings are currently banned - scores of teachers marched on the main road, waving a defiant three-finger salute.

Promises on Monday from junta leader Min Aung Hlaing to eventually hold a new election in his first address since seizing power drew scorn. He repeated unproven accusations of fraud in last November's election, won by Suu Kyi's National League for Democracy (NLD) in a landslide.

"We will continue to fight," said a statement from youth activist Maung Saungkha, calling for the release of political prisoners and the "complete collapse of dictatorship" as well as the abolition of a constitution that gave the army a veto in parliament and for federalism in ethnically-divided Myanmar.

An older generation of activists formed during bloodily supressed protests in 1988 called for the continuation of the strike action by government workers for another three weeks.

"We also request the protesters in the whole nation to be united and systematically help each other," said the statement from Min Ko Naing on behalf of the 88 Generation group.

After tens of thousands of people took to the streets across Myanmar, local orders banning gatherings of more than four people were imposed. The US Embassy said it had received reports of an 8pm to 4am (9.30pm to 5.30am, Singapore time) curfew in the two biggest cities, Yangon and Mandalay.

There was no further comment from authorities on the measures to stop protesters.

Some coup opponents suggested on social media that people should meet in groups of four to protest to get around the ban on large gatherings. 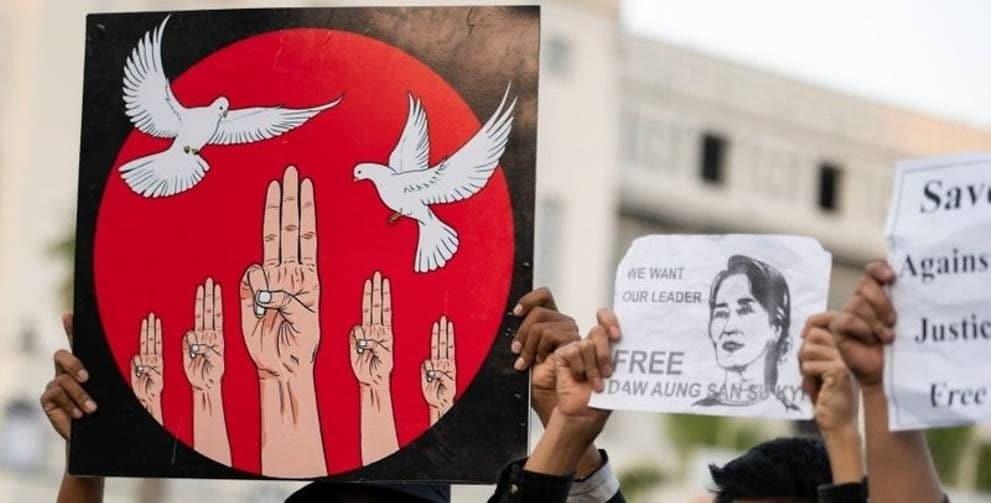