UNITED NATIONS, Feb. 8 (Xinhua) -- On Friday afternoon, the presidents of the UN General Assembly (UNGA) and Security Council signed a joint letter to member states, which officially launched the selection and appointment process for the position of UN secretary-general, a UNGA spokesperson said on Monday.

"That letter, which had been posted on our web site, states that member states presenting candidates should do so in a letter to the presidents of the General Assembly and Security Council," Brenden Varma, spokesperson for the UNGA President Volkan Bozkir, said at the regular press briefing.

The presidents will jointly circulate to all member states the names of individuals that have been submitted for consideration when received - and will offer all candidates opportunities for informal dialogues or meetings with members of their respective bodies, said Varma.

The letter states that informal dialogues with candidates in the General Assembly will take place before the Council begins its selection by May or June 2021, and may continue, if necessary, throughout the process of selection, he said.

"Our office has just launched a web page, which should help the public to better understand the secretary-general selection and appointment process," said the spokesperson.

Asked if any candidates had been presented thus far, the spokesperson noted that the current incumbent, Antonio Guterres, had confirmed to the UNGA president his availability to serve.

Regarding any other candidates, none had been presented as of yet. In that context, the spokesperson reminded the journalists that the letter outlining the procedure for member states to present candidates, if they so wished, had only been sent out on Friday afternoon.

If candidates were presented, the membership would be informed, and candidates' profiles would be posted online, said Varma.

Asked whether there was a deadline for member states to present candidates, the spokesperson said there was nothing set in stone and recalled that the UNGA president had said in his last press conference that candidates could be presented "even one month before January."

The joint letter mentioned May or June, as a time by when informal dialogues with candidates in the General Assembly might happen. But that was not an official deadline, as member states had not imposed time limits on the process, according to the spokesperson.

Varma recalled that the UNGA president had said at his press conference that, depending on the number of candidates and when they were presented, there may also be different waves of dialogues. 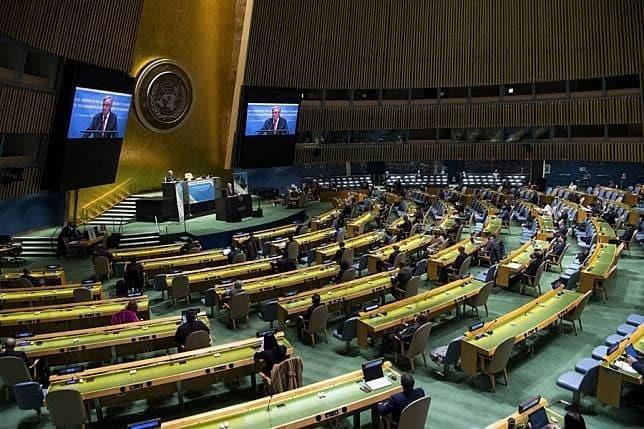