GENEVA, Feb. 8 (CNA) - The UN Human Rights Council will hold a special session on Friday (Feb 12) to discuss the crisis in Myanmar after its elected civilian government was taken over by the military, the United Nations said in a statement on Monday.

Britain and the European Union requested the meeting earlier on Monday, backed by 19 members of the 47-member forum, mainly Western countries joined by Japan and South Korea, it said.

The United States - which announced on Monday that it was returning to the forum it quit in June 2018 - was among 28 observer states listed as supporting the move.

Supporters were discussing a draft resolution to be presented for adoption at the session, diplomats said.

Tens of thousands of people took to the streets for a third day on Monday to protest against the coup that overthrew Aung San Suu Kyi's civilian government.

Senior General Min Aung Hlaing said his junta would hold a new election and hand power to the winner.

Julian Braithwaite, Britain's ambassador to the UN in Geneva, told an organisational meeting of the Human Rights Council that the detention of elected politicians and civilians by the military "has grave implications for human rights in the country".

He noted that Thomas Andrews, the UN investigator on human rights in Myanmar, has called for convening a special session to show Myanmar citizens "they are not alone in their hour of danger and need."

"Above all, we must respond urgently to the plight of the people in Myanmar and the rapidly deteriorating human rights situation there," Braithwaite said. 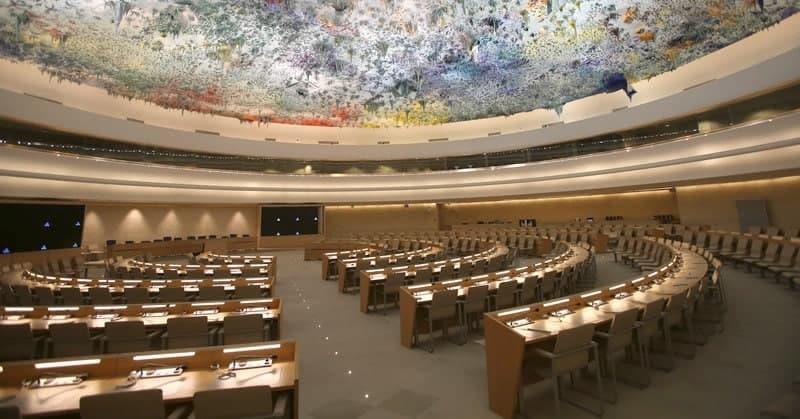