WHO says coronavirus unlikely to have leaked from China lab

WUHAN, Feb. 9(AP) — A World Health Organization expert said Tuesday the coronavirus is unlikely to have leaked from a Chinese lab and most probably jumped to humans via an intermediary species.

WHO food safety and animal diseases expert Peter Ben Embarek made the assessment at the end of a visit to the central Chinese city of Wuhan, where a team of scientists is investigating the possible origins of the coronavirus. The first cases were discovered in the city in December 2019.

The Wuhan Institute of Virology has collected extensive virus samples, leading to allegations that it may have caused the original outbreak by leaking the virus into the surrounding community. China has strongly rejected that possibility and has promoted other theories that the virus may have originated elsewhere. The team is considering several theories for how the disease first ended up in humans.

“Our initial findings suggest that the introduction through an intermediary host species is the most likely pathway and one that will require more studies and more specific, targeted research,” Embarek said.
“However, the findings suggest that the laboratory incidents hypothesis is extremely unlikely to explain the introduction of the virus to the human population,” Embarek said.

The WHO team draws on experts from 10 countries. Its mission is intended to be an initial step delving into the origins of the virus, which is believed to have originated in bats before being passed to humans through another species of wild animal, such as a pangolin or bamboo rat, which is considered an exotic delicacy by some in China.

Transmission through the trade in frozen products was also a likely possibility, Embarek said. 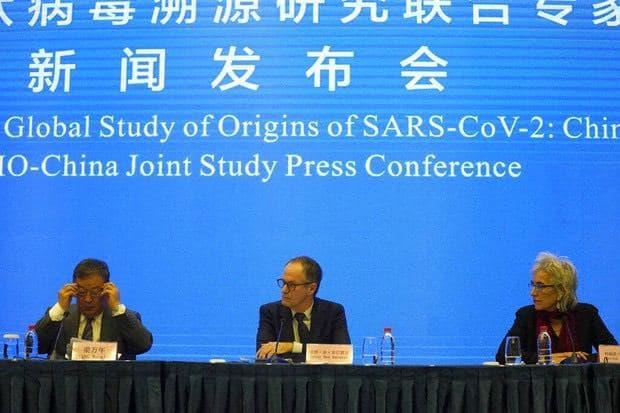