US Backs Japan Concerns on China Ships in Disputed Waters

"Secretary Blinken reaffirmed that the Senkakus fall within the scope of Article V of the US-Japan Security Treaty," he said, referring to the section that commits the two nations to defend each other if either is attacked.

Tokyo has voiced alarm over increased Chinese incursions after Beijing enacted legislation allowing its coast guard to use weapons against foreign ships seen as illegally entering its waters.

Japan administers the rocky islets in the East China Sea that are also claimed by Beijing, which calls them the Diaoyu, as well as Taiwan.

Former secretary of state Hillary Clinton first said the Senkakus fell under Article V, although Trump went a step further by warning against attempts to contest Japan's control over the islands.

The State Department said Blinken and Motegi also discussed last week's military coup in Myanmar, also known as Burma, where Biden is rolling out punishment for the generals if they do not return power to elected leaders. 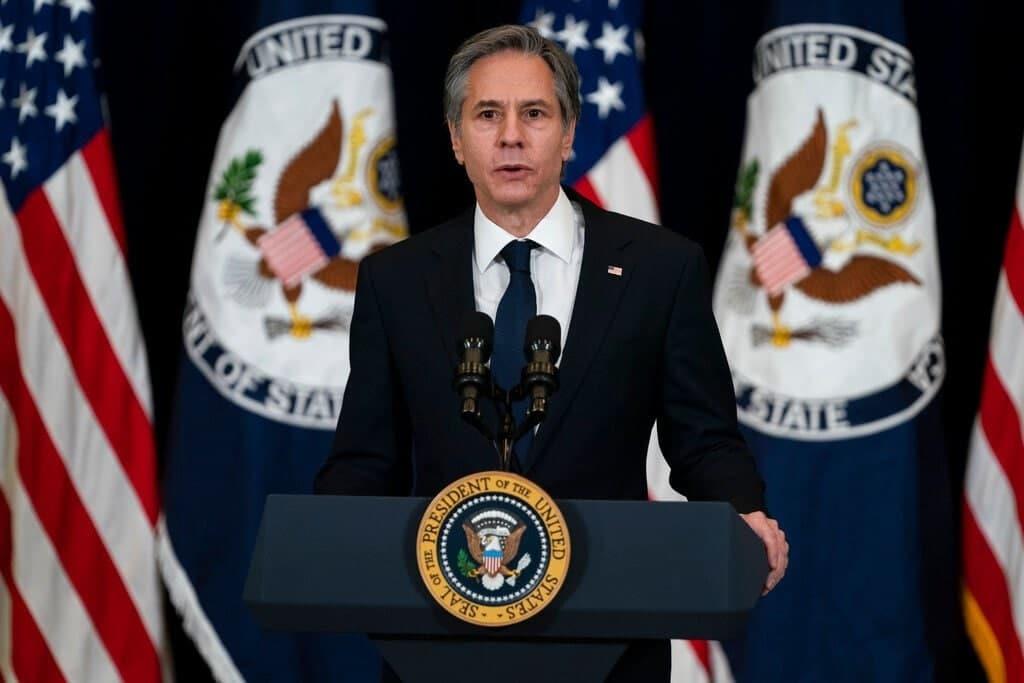