BANGKOK, Feb. 11 (CNA) - Hundreds of Thai protesters gathered in Bangkok on Wednesday to demand the release of four activists remanded in custody pending trial on charges of insulting Thailand's king, a crime punishable by 15 years in prison.

Many protesters banged pots and pans, borrowing from nightly displays of discontent in neighbouring Myanmar at last week's coup, while some held Myanmar flags to show support for the country's pro-democracy movement.

The Bangkok demonstration had originally been organised to show solitary with protesters in Myanmar, but it morphed into calls to change or end the strict "lese majeste" law after the four activists were detained on Tuesday.

Police in riot gear briefly scuffled with protesters when activists marched near a police station. A smoke canister was seen on the ground near the protest site.

"If we come out to the streets in the hundreds of thousands, we can reform monarchy," protest leader Panusaya “Rung” Sithijirawattanakul said.

Youth-led protests in Thailand last year broke traditional taboos by openly calling for reform of the powerful monarchy and the denial of bail for the four protest leaders prosecuted for royal insults has enraged activists.

About 1,000 protesters had gathered by nightfall, some holding signs that said "free our friends" and "abolish 112", referring to the article of the criminal code that covers royal insults. Others struck metal pans bearing the numbers 112.

Some 44 opposition lawmakers earlier on Wednesday submitted a proposal to amend the article.

Protest leaders declared the rally a resumption of last year's street demonstrations, which were disrupted by a second wave of coronavirus infections that has seen Thailand's cases increase five-fold since mid-December.

"Today is the first gathering, first opening and a battle after an unjust system jailed our friends," Panupong Jadnok, a protest leader said.

Panupong said events in Myanmar should inspire the Thai movement.

Prayut, who led a coup in 2014, said the return of protests will harm Thailand.

"Is it appropriate? If it's not, then don't go support them. Haven't we had enough in Thailand?" he said. 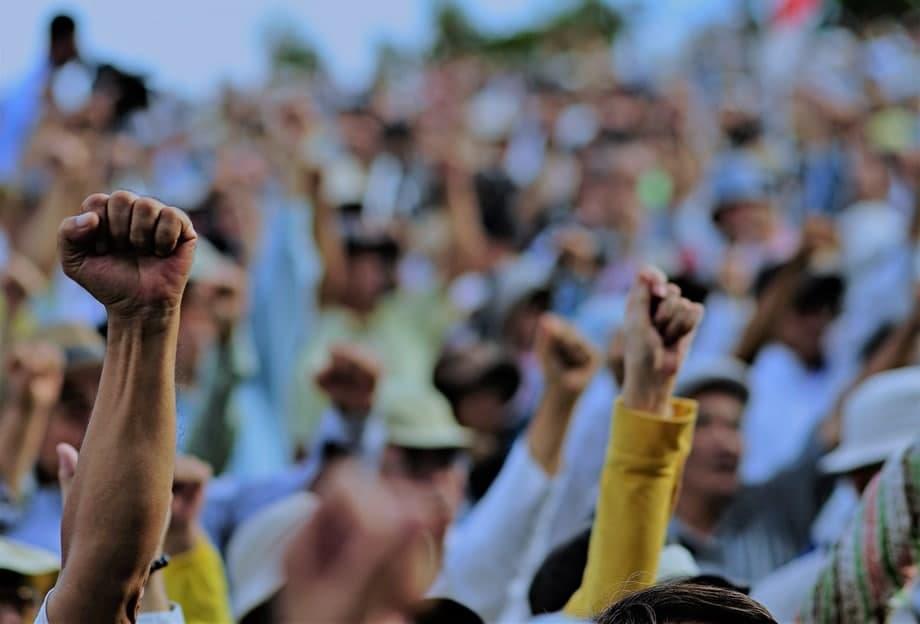