MANILA, Feb. 11 (Reuters) - The Philippines defence apparatus wants to keep a Visiting Forces Agreement (VFA) with the United States, its defence minister said on Thursday, as officials met to settle differences over a pact central to Washington’s Asia strategy.

Thursday’s meeting in Manila between U.S. and Philippine officials comes after President Rodrigo Duterte, who openly disapproves of the U.S. alliance, unilaterally cancelled the two-decade-old VFA last year, in an angry response to an ally being denied a visa.

The withdrawal period has been twice extended, however, to create what Philippine officials say is a window for better terms to be agreed.

“We at the defence department and the armed forces, the general feeling is for the VFA to continue,” Defence Secretary Delfin Lorenzana told news channel ANC.

The meeting is the first under U.S. President Joe Biden’s administration, which has reaffirmed the alliance in the face of China’s growing assertiveness in the South China Sea.

Lorenzana said the VFA, which sets out rules for U.S. soldiers operating in the Philippines, has been vital in boosting the capabilities of under-resourced Philippine forces through dozens of annual joint training exercises.

Its importance was stressed by U.S. counterpart Lloyd Austin during a call with Lorenzana on Wednesday.

Ties between the United States and its former colony have been complicated by Duterte’s rise to power in 2016 and his frequent statements condemning U.S. foreign policy, and open embrace of China.

But while the Philippines-U.S. relationship “has always been strong”, Lorenzana said the Southeast Asian nation “should not be made to choose” between Washington and Beijing.

Lorenzana has also expressed concern about a new Chinese law empowering coastguard to fire on what it sees as threats, and repeated U.S. navy patrols that China sees as provocations.

“I told Secretary Austin we don’t want any miscalculations or accidents in the South China Sea because we are right smack there in the centre of conflict,” Lorenzana said. 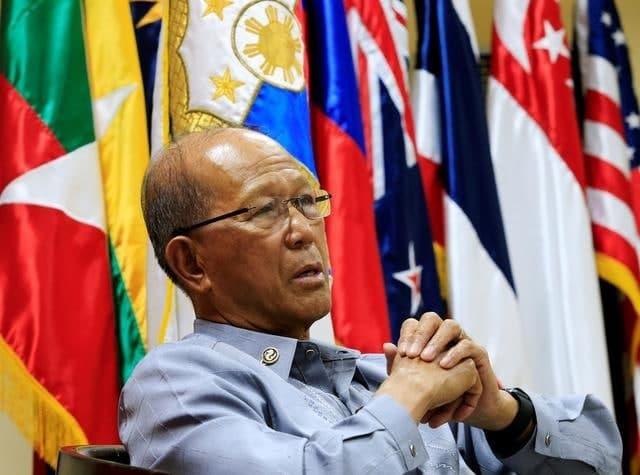