WASHINGTON, Feb. 14 (Reuters) - President Joe Biden will hold his first event with other leaders from the Group of Seven nations in a virtual meeting on Friday to discuss the coronavirus pandemic, the world economy and dealing with China, the White House said on Sunday.

The meeting is the first by top leaders from the G7 group of rich democracies since April, it said.

“This virtual engagement with leaders of the world’s leading democratic market economies will provide an opportunity for President Biden to discuss plans to defeat the COVID-19 pandemic, and rebuild the global economy,” the White House said in a statement.

The White House said Biden would focus his remarks on a global response to COVID-19 vaccine production and distribution as well as “continued efforts to mobilize and cooperate against the threat of emerging infectious diseases by building country capacity and establishing health security financing.”

Biden, a Democrat who took over from Republican former President Donald Trump on Jan. 20, has sought to project a message of re-engagement with the world and with global institutions after four years of his predecessor’s “America First” mantra.

Trump withdrew the United States from the World Health Organization and the Paris climate accord and largely scoffed at multilateral organizations and groups.

Biden brought the United States back into the WHO and rejoined the Paris accord and has signaled a desire to work with allies in confronting China on a host of thorny issues.

“President Biden will also discuss the need to make investments to strengthen our collective competitiveness and the importance of updating global rules to tackle economic challenges such as those posed by China,” the White House said.

Trump challenged China over its trade policies by imposing punishing tariffs, an instrument he also used on traditional allies, drawing criticism for not taking a more unified approach with U.S. friends to stand up to Beijing on issues such as intellectual property theft and other economic practices.

Domestically, Biden is pressing Congress to pass a $1.9 trillion stimulus package to boost the U.S. economy and provide relief for those suffering from the pandemic.

The White House said he would discuss his economic agenda with G7 counterparts and encourage them and all industrialized countries to maintain “economic support for the recovery” and other collective measures.

Climate change would also be on the agenda. 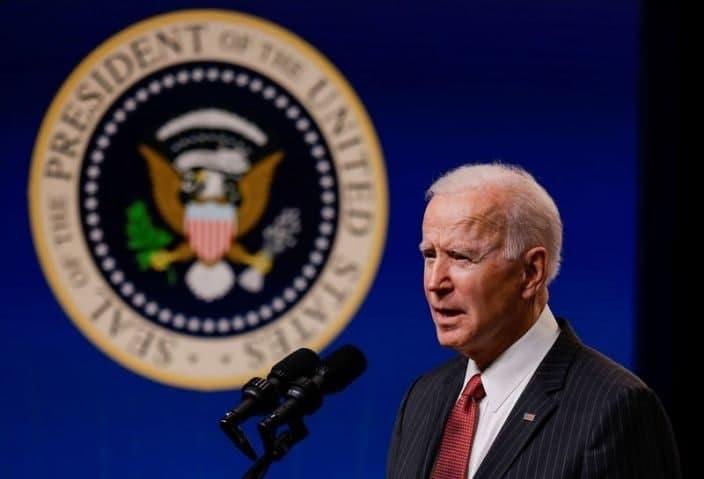