NASA's Perseverance Rover to Land on Mars on Thursday

WASHINGTON, Feb. 15 (CNA) - After a seven-month journey, NASA's Perseverance rover prepares to touch down on Mars on Thursday (Feb 18) after first negotiating a risky landing procedure that will mark the start of its multi-year search for signs of ancient microbial life.

The Mars 2020 mission, which set off late from Florida in late July, includes the largest ever vehicle to be dispatched to the Red Planet.

Built at NASA's Jet Propulsion Laboratory, it weighs a ton, has a robotic arm that's 2m long, has 19 cameras and two microphones to record the Martian soundscape.

Should it arrive intact, Perseverance will be only the fifth rover to successfully complete the journey since Pathfinder in 1997. All have been American and the last, Curiosity, is still active.

China last week placed its Tianwen-1 spacecraft in orbit around Mars carrying both a lander and a rover, which will land in May.

At around 8.55pm GMT on Thursday (Friday, 4.55am, Singapore time), Perseverance will place its six wheels on a landing site described as "spectacular" by Ken Farley, a NASA scientist.

Jezero Crater, a 45km-wide basin located in the Martian northern hemisphere, had been considered for previous missions, but was considered too difficult to land in until now.

Because of the COVID-19 pandemic, the mission control room will have fewer people than normal.

"But assuming we do have confirmation of landing, I don't think COVID-19 is gonna be able to stop us from jumping up and down and fist pumping," said Matt Wallace, the mission's deputy project manager.

The first low resolution photos of the surface will arrive quickly. Video footage, including entry into the atmosphere, is expected later. 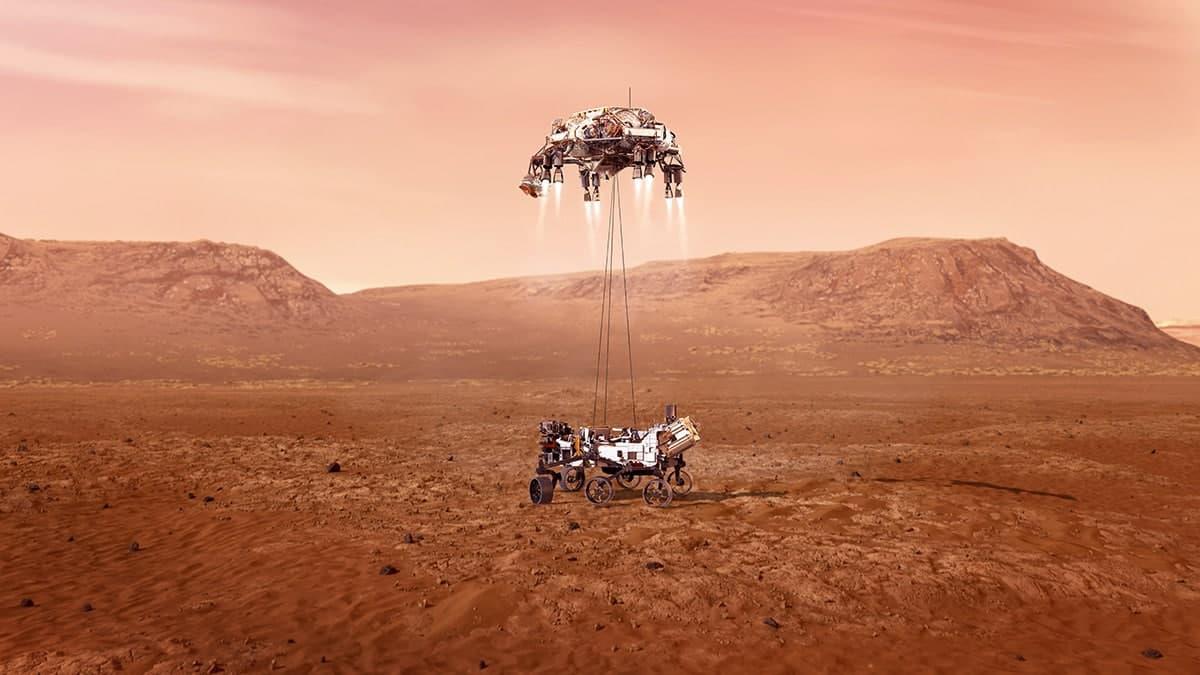