YANGON, Feb. 16 (Bangkok Post) - Myanmar’s junta shut down the internet for a second straight night, part of efforts to stem nationwide protests after it seized power from civilian leaders on Feb 1.

The blackout came shortly after state-run MRTV said army chief Min Aung Hlaing enacted a new law telecommunications law, with details set to be announced on Tuesday. Authorities have sought to disrupt telephone and internet access to prevent demonstrators from organising, while also granting themselves new powers to intercept communications and detain dissidents.

Protests continued on Monday in defiance of a ban on public gatherings imposed after the coup. The junta is scheduled to give its first press briefing since it took power later on Tuesday, while US Ambassador to Myanmar Thomas Vajda plans to host a virtual town hall for US citizens.

Myanmar’s military leaders have struggled to gain control of the streets since ousting the government led by Aung San Suu Kyi, whose party won a landslide victory in November elections. She has urged the country’s 55 million people to oppose the army’s move, calling it “an attempt to bring the nation back under the military dictatorship”.

Suu Kyi and other political leaders are among more than 400 people detained since the coup, a number that keeps rising by the day. While authorities have largely avoided confronting protesters in major cities like Yangon who have ignored a ban on public gatherings, several demonstrators have been injured in crackdowns -- including a woman shot in the head who is now on life support in Naypyidaw, the capital.

Suu Kyi will remain in detention ahead of a Wednesday court hearing, Reuters reported, citing her lawyer.

Telenor Group, which owns one of two wholly foreign owned telecommunications providers in Myanmar, on Monday joined mounting opposition to the junta’s proposed cybersecurity bill, saying it gives the regime broad powers including the ability to order lawful interception. The Asia Internet Coalition, whose members include Facebook Inc, Apple Inc and Google, stated on Feb 11 that the bill allows for unprecedented censorship, violates privacy and would “significantly undermine freedom of expression”.

“The current very short and limited consultation has not allowed for the required dialogue on the proposed Cyber Security Bill,” Telenor said in a statement. “We are concerned that the proposed bill does not progress relevant regulatory frameworks and law for a digital future, nor promotes and 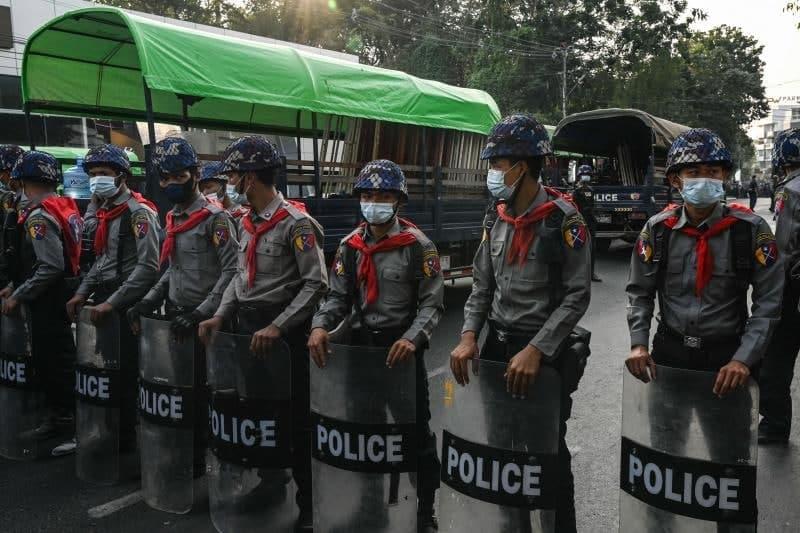