SEOUL, Feb. 16 (CNA) - South Korea has arranged to buy coronavirus vaccines for 23 million more people, its prime minister said on Tuesday (Feb 16), a day after authorities said delays and efficacy concerns meant fewer people would be vaccinated in the first quarter of the year.

"The government has been working to bring in sufficient early supplies, but there is growing uncertainty over our vaccination plan for the first half due to production issues with global drug makers and international competition to adopt more vaccines," he said.

With a population of 52 million, South Korea had already secured enough doses for 56 million people from COVAX, Pfizer, Moderna, AstraZeneca and Johnson & Johnson, and is due to begin its first stage of vaccinations on Feb 26.

On Monday, authorities said they would not use AstraZeneca's coronavirus vaccine on people aged 65 and older, reversing an earlier decision, and scaled back initial vaccination targets because of delayed shipments from global vaccine-sharing scheme COVAX.

The country slashed its first-quarter target for how many people would be vaccinated from 1.3 million to less than 760,000.

The director of the Korea Disease Control and Prevention Agency (KDCA), Jeong Eun-kyeong, said the first-quarter adjustments were not expected to affect the goal of achieving "herd immunity" by November, though some independent health experts have cast doubts on the feasibility of that timeline.

The KDCA reported 457 additional coronavirus cases as of midnight on Monday, bringing South Korea's total to 84,325 with 1,534 deaths. 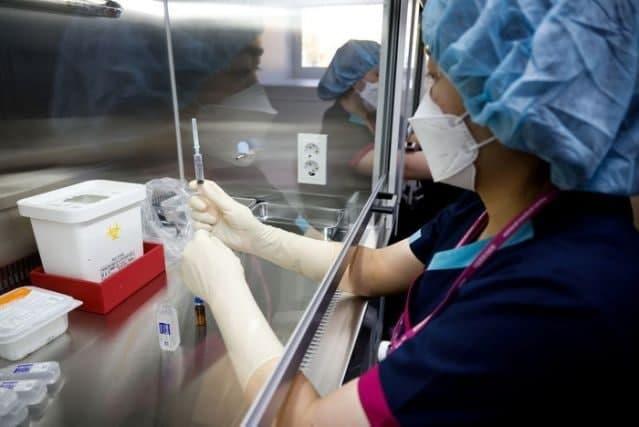