YANGON, Feb. 17 (CNA) - The UN special envoy on Myanmar has warned of the potential for an escalation of violence in the country on Wednesday (Feb 17), as anti-coup protesters are expected to face off once again with the military.

The warning comes after deposed civilian leader Aung San Suu Kyi was slapped with a second charge on Tuesday - and the UN rapporteur hinted she may have even secretly been put on trial.

Myanmar was plunged into an Internet blackout for the third night running, Britain-based monitoring group NetBlocks said, as the generals try to wear down the anti-coup uprising.

In the two weeks since the military ousted Aung San Suu Kyi and put her under house arrest in the administrative capital Naypyidaw, big cities and isolated village communities alike have been in open revolt.

But Tom Andrews, the UN special rapporteur for Myanmar, said he was worried the situation was spiralling out of control.

"I fear that Wednesday has the potential for violence on a greater scale in Myanmar than we have seen since the illegal takeover of the government on February 1," Andrews said in a statement.

He said he had "received reports of soldiers being transported into at least Yangon from outlying regions".

"In the past, such troop movements preceded killings, disappearances, and detentions on a mass scale," he said.

"I am terrified that given the confluence of these two developments - planned mass protests and troops converging - we could be on the precipice of the military committing even greater crimes against the people of Myanmar."

After her detention in a dawn raid on Feb 1 - the day of the coup - Aung San Suu Kyi was charged under an obscure import and export law, over walkie talkies that were found in her home.

The Nobel laureate's lawyer told AFP on Tuesday she had been hit with a second charge, of violating the country's disaster management law.

"She was charged under section 8 of the Export and Import law and section 25 of the Natural Disaster Management law as well," Khin Maung Zaw told AFP.

While it was unclear how the disaster law applied in Aung San Suu Kyi's case, it has been used against deposed president Win Myint - also arrested on Feb 1 - relating to a campaign event that the military government alleges broke coronavirus-related restrictions.

Khin Maung Zaw added that Aung San Suu Kyi and Win Myint, both of whom he has yet to have any contact with, were expected to appear via video conference during a Mar 1 trial.

But Andrews said he had "word that a secretive trial" of Aung San Suu Kyi and deposed president Win Myint had begun this week, without offering more details.

Military spokesman Zaw Min Tun said on Tuesday that both Aung San Suu Kyi and Win Myint were in a "safer place" and "in good health".

"It's not like they were arrested - they are staying at their houses," the general, who became the country's vice-minister of information after the coup, told a press conference.

The United States and Britain condemned the new charge against Aung San Suu Kyi, and renewed demands for her release.

More than 420 people have been arrested since the coup, according to a list of confirmed detentions from the Assistance Association for Political Prisoners monitoring group. 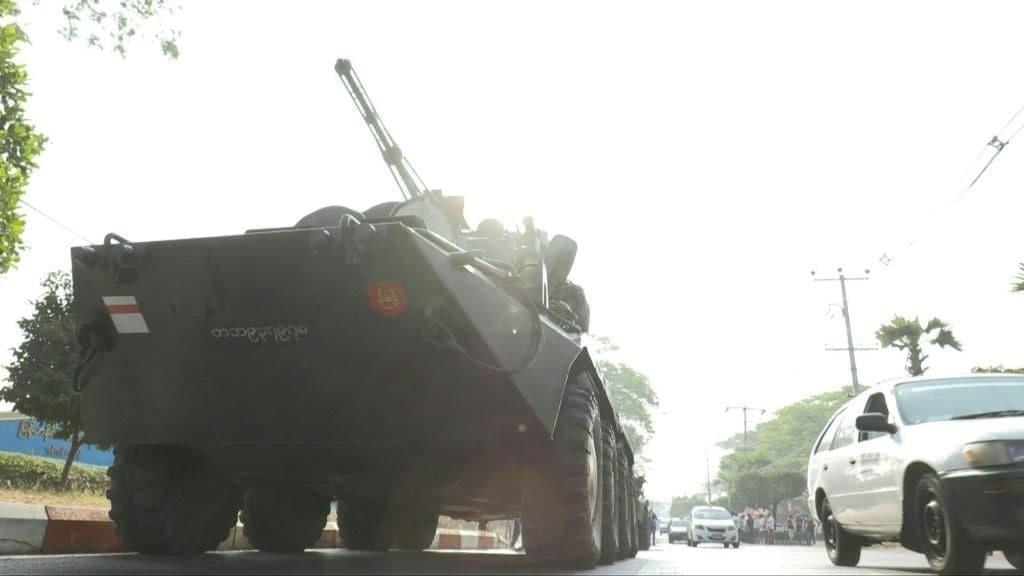