They voiced scepticism at the junta's promise at a news conference on Tuesday that there would be a fair election and it would hand over power, even as police filed an additional charge against Aung San Suu Kyi.

At a hearing by video conference on Tuesday, her next hearing was set for Mar 1.

"Let’s gather in millions to take down the dictators," wrote activist Khin Sandar on Facebook.

Kyi Toe, a senior member of Aung San Suu Kyi's National League for Democracy (NLD) party who has not yet been arrested, said: "Let's march en masse. Let's show our force against the coup government that has destroyed the future of youth, the future of our country."

The coup that cut short the Southeast Asian country's unsteady transition towards democracy has prompted daily demonstrations since Feb 6, some drawing hundreds of thousands of people.

The army takeover has also drawn strong Western criticism, with renewed anger from Washington and London over the additional charge for Aung San Suu Kyi. Although China has taken a softer line, its ambassador in Myanmar on Tuesday dismissed accusations it supported the coup.

Hundreds of people have been rounded up by the army since the coup, many of them in night time raids. Those arrested include much of the NLD's senior leadership.

Myanmar's Assistance Association for Political Prisoners said more than 450 arrests had been made since the coup on Tuesday. A third night of Internet blackout meant no news emerge of any arrests early on Wednesday.

The army seized power alleging fraud in a Nov 8 election - an accusation rejected by the electoral commission. The military said its declaration of a state of emergency was in line with the constitution that paved the way for democratic reforms.

"Our objective is to hold an election and hand power to the winning party," Brigadier General Zaw Min Tun, spokesman for the ruling council, told the junta's first news conference since overthrowing Aung San Suu Kyi's government. He gave no time frame, but said the army would not be in power for long.

The last stretch of army rule lasted nearly half a century before democratic reforms in 2011. 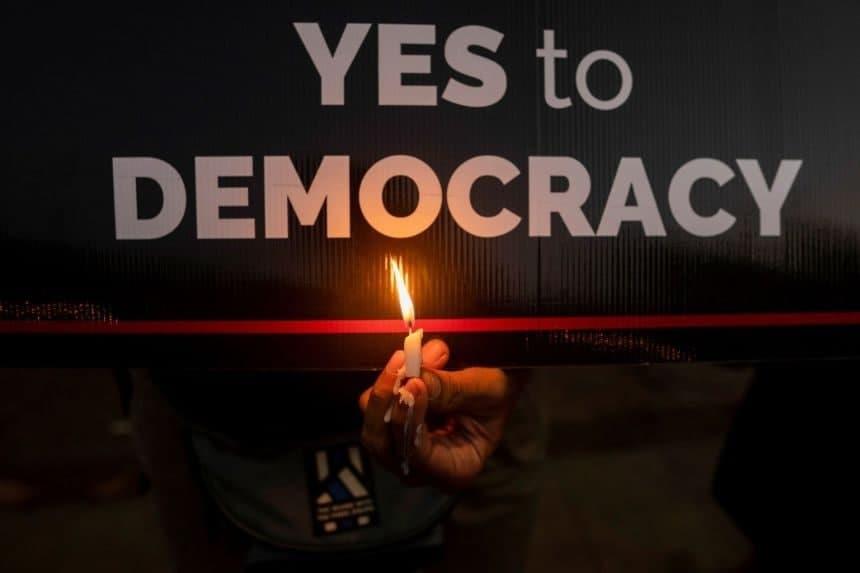