China Addresses Rumors, Calls for Myanmar's Reconciliation and Unity instead of Confrontation and Division

Nay Pyi Taw (FN), Feb. 17 – Below are the Chinese Ambassador to Myanmar Chen Hai’s responses to the questions from media on 15 February 2021.

Q: How does China view the current situation in Myanmar?

A: As a friendly neighbor of Myanmar, China pays great attention to what is happening in Myanmar recently. We noticed Myanmar's domestic dispute regarding the election for some time, but we were not informed in advance of the political change in Myanmar. Both the National League for Democracy and the Tatmadaw maintain friendly relations with China. The current development in Myanmar is absolutely not what China wants to see. We hope that all parties of Myanmar could handle differences properly under the framework of the constitution and laws and maintain political and social stability. Recently, the UN Security Council adopted a press statement, which expressed deep concern about the declaration of the state of emergency and the detention of State Counsellor Daw Aung San Suu Kyi and President U Win Myint and others, called for the immediate release of all those detained and encouraged the pursuance of dialogue and reconciliation in accordance with the will and interests of the people of Myanmar. China, a Security Council member, took part in the discussion, and we believe that all sides of Myanmar are well aware of it.

China and Myanmar are neighbors that cannot move away from each other. Friendly neighbors wish each other well. We hope that all things go well in Myanmar, rather than becoming unstable or even falling into chaos. Many countries in transition are overcoming difficulties and challenges through their own efforts, and exploring development paths suitable for their own circumstances. We hope that all parties of Myanmar could handle the current problem through dialogue and consultation properly and lead the country back on track as soon as possible.

Q: The international community widely called for Tatmadaw to release Aung San Suu Kyi and other leaders immediately. What role would China play in this regard?

A: The National League for Democracy, chaired by Daw Aung San Suu Kyi, maintains good relations with China, and commits to jointly promoting building a China-Myanmar community with a shared future, the China-Myanmar Economic Corridor (CMEC) and other practical cooperation with the Chinese side. We keep an eye on the situation of Daw Aung San Suu Kyi and others. The UN Security Council's press statement reflects the common position of the international community, including China.

China supports the mediation efforts by ASEAN and the Special Envoy of the UN Secretary-General on Myanmar. China is also playing a constructive role, with promoting peace and dialogue at its core. The military and the political parties are all members of the Myanmar family, all of whom should take the historical responsibility of maintaining national stability and development. What Myanmar needs is reconciliation and unity, instead of confrontation and division, which, we believe, is the common wish of the Myanmar people. We hope that all parties of Myanmar could handle differences through dialogue and consultation properly. Actions taken by the international community should be conducive to Myanmar's political and social stability, and avoid exacerbating tensions.

Q: As a neighbor of Myanmar, what role can China play in resolving the current problems?

A: The Chinese side sincerely hopes that Myanmar enjoys social stability and national development. We believe that, currently, the most important thing for Myanmar and its people is to work together to find an effective solution to the domestic political crisis. It is crucial to bridge differences through communication and dialogue, bringing the country back on track. This requires the Myanmar military, political parties, and all sectors of society to keep in mind the fundamental and long-term interests of Myanmar, find a political solution through political dialogue with political wisdom, and maintain political and social stability. China has been and will continue playing a constructive role to this end.

Q: Recently, Myanmar society has launched the "Civil Disobedience Movement" (CDM). There have been large-scale gatherings of people in front of the Embassy of China in Myanmar for several days. What is the comment of the Embassy?

A: We have noticed that a large number of Myanmar citizens have staged demonstrations in the streets in recent days. Some people petitioned in front of Embassies and international organizations in Myanmar, including the Embassy of China. We understand their aspirations. And we also mentioned their reasonable demands when we strove to promote dialogues among different parties of Myanmar. At present, Myanmar faces a severe domestic situation, of which confrontations may be further intensified. We hope all parties could stay calm and restrained, refraining from doing things that may intensify conflicts and escalate tensions. Under the current situation, violence should be avoided, and basic rights of people need to be protected.

Q: How do you view the current China-Myanmar relations?

A: Although the change of political situation in Myanmar is its internal affair, there is no doubt that it will have spillover effects on Myanmar's relations with its neighboring countries. As a friendly neighbor, we have always been taking the interests of the two peoples into consideration and dealing with it prudently. For example, the China-Myanmar bilateral cooperation, border trade included, which is closely related to the livelihoods of thousands of households in Myanmar, has been affected to a certain extent. Relevant Chinese authorities and local governments have overcome difficulties and spared no efforts to stabilize border trade and other cooperation, so as to help stabilizing the Myanmar people's livelihoods. For another example, China and Myanmar have carried out effective anti-epidemic cooperation, and both sides are discussing on vaccine procurement which is vital to the life and health of Myanmar people. Let's take a look at another example. There have been some emotional remarks on China and China-Myanmar cooperation projects spreading on Myanmar's social media recently, and even some fake news. We have made clarifications in a timely manner, in an effort to inform the general public of the real situation and maintain the friendship between the two countries. We oppose any attempts of making use of Myanmar's domestic affairs to undermine friendly cooperation between China and Myanmar, for this will ultimately harm Myanmar's own interests.

Q: Recently, there has been some rumors on social media, claiming that "Chinese aircraft transported technicians to Myanmar", or "China is helping Tamattaw building firewall." What is the truth of the above-mentioned matters?

A: We have noticed these rumors, including the so-called Chinese aircraft transporting technicians to Myanmar, China helping Myanmar building an internet firewall, and Chinese soldiers appearing on the streets of Myanmar. For the record, these are completely nonsense and even ridiculous accusations. These aircraft are normal cargo flights between China and Myanmar, whose frequency has dropped from 15-18 flights per day before the pandemic to about 5 flights per day now. They carry seafood and other exports from Myanmar to China. China has always been an important export market for Myanmar's agricultural and aquatic products. It is rumored initially that the flights carried technical personnel, illustrated with pictures deliberately cutting off the words "cargo flight". Then, someone hyped that the flights carried the so-called "weapons". Afterwards, there were even fake pictures showing that what in the flights was dipping sauce. These are totally inconsistent and malicious. We hope such rumors will not recur. If so, it only proves to have manipulation and instigation by forces with ulterior motives behind the scenes. The Chinese people are also concerned about these remarks, many of whom are complaining about them. We sincerely hope that the Myanmar people can distinguish right from wrong and guard against political manipulation, so as to avoid undermining the friendship between the two peoples. 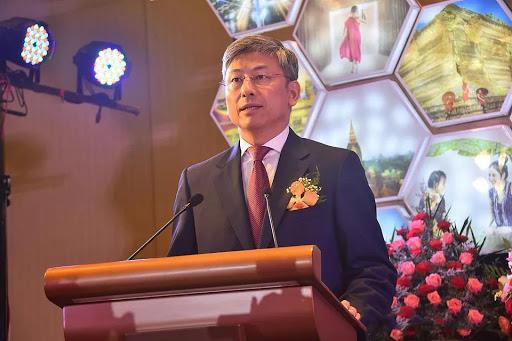 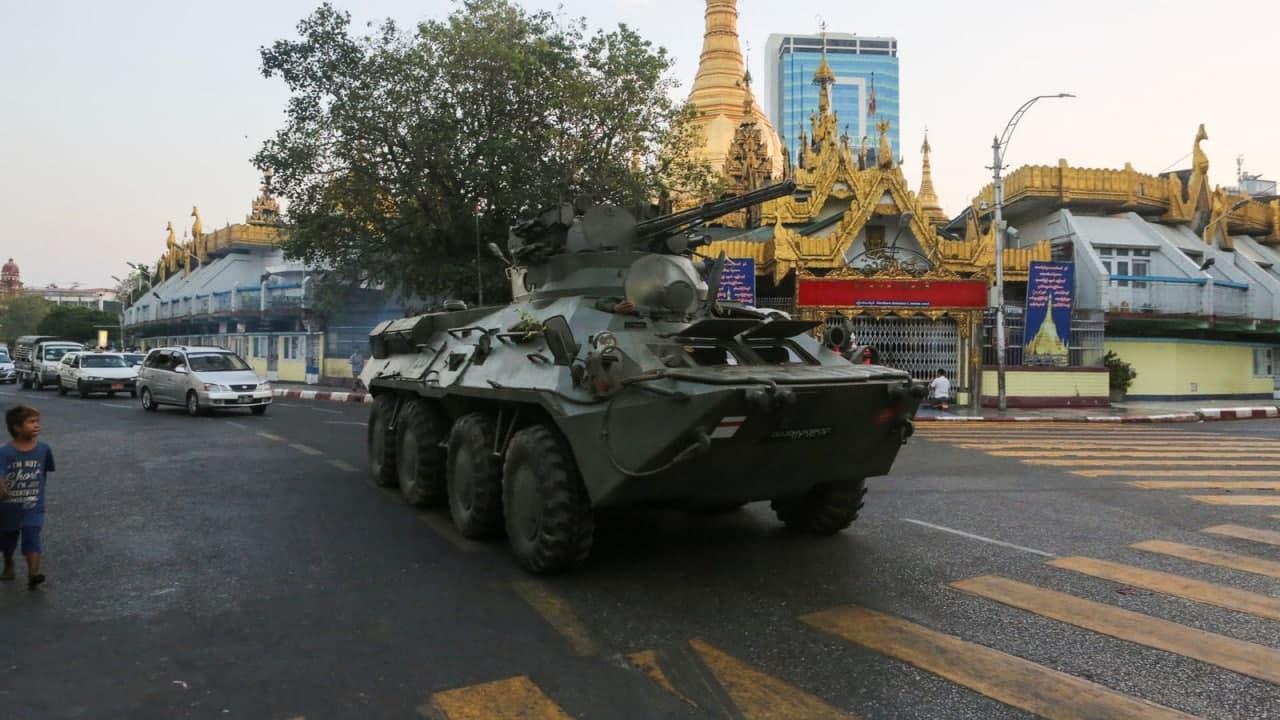 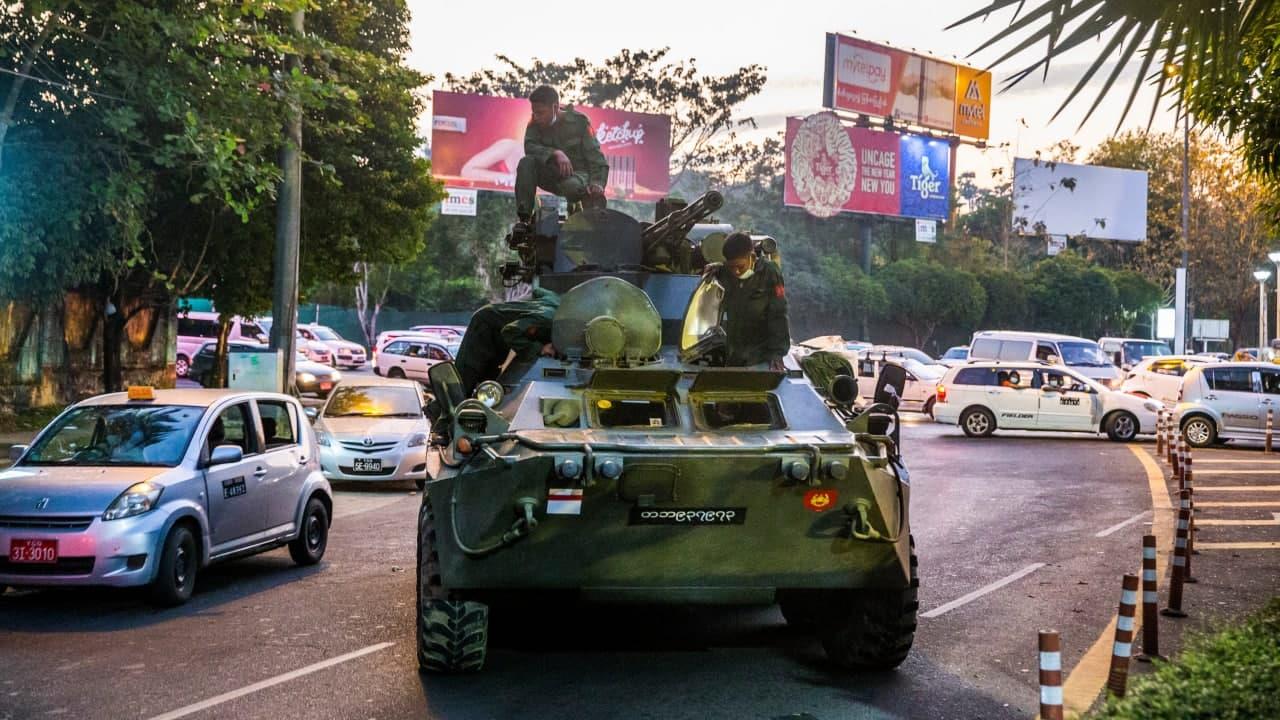 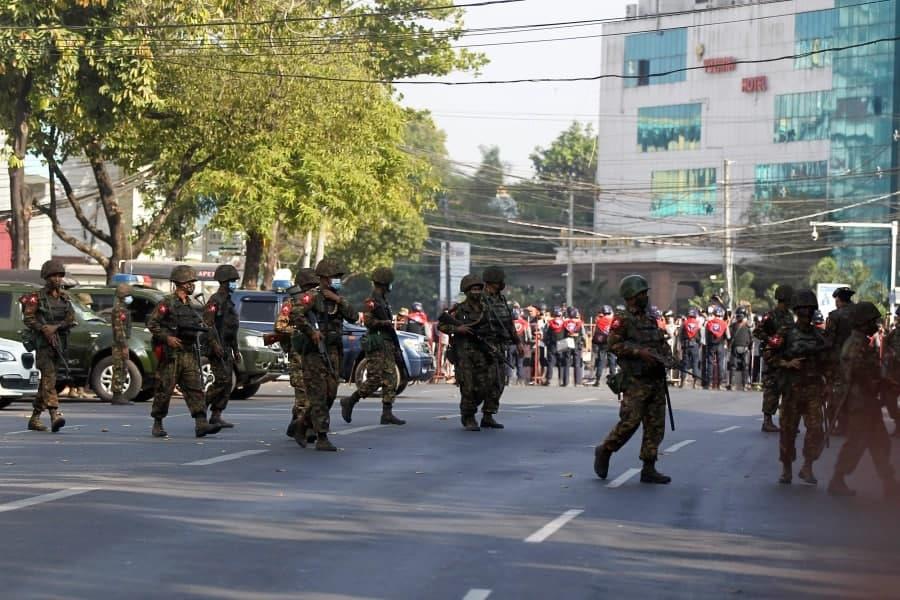 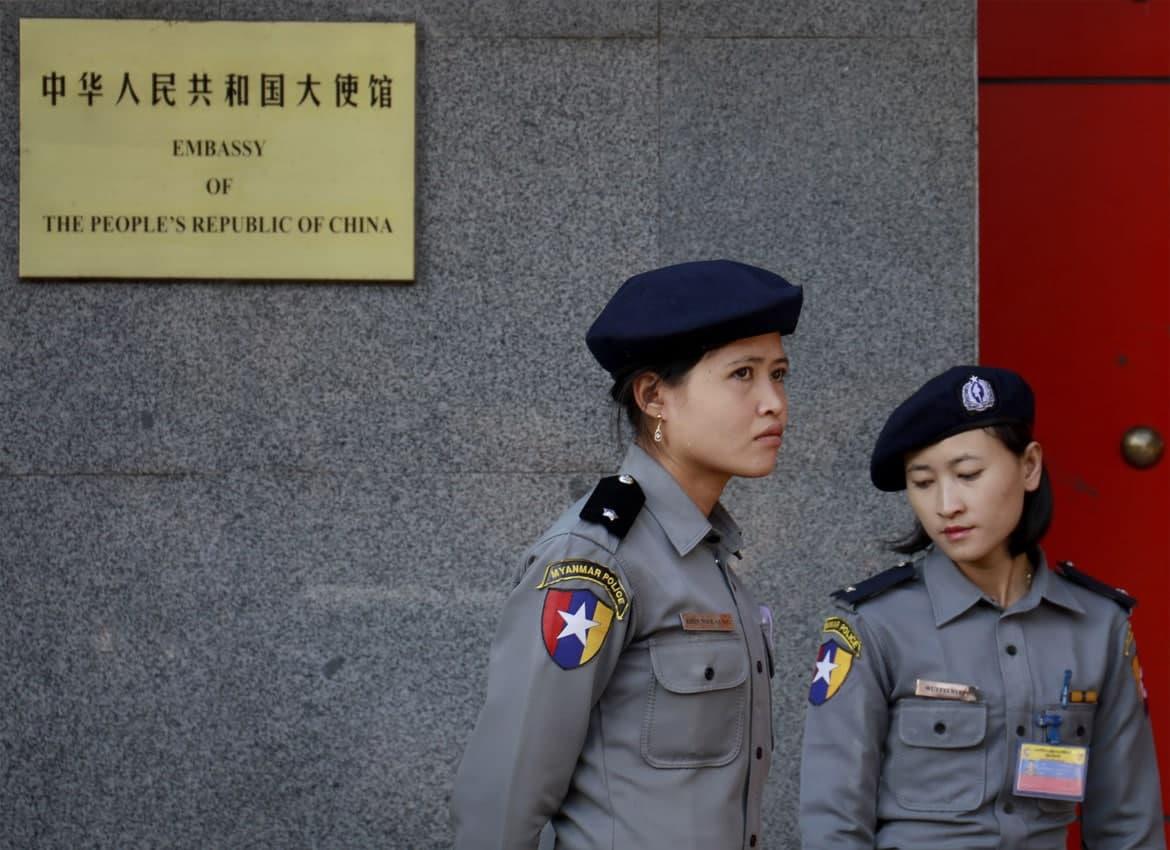 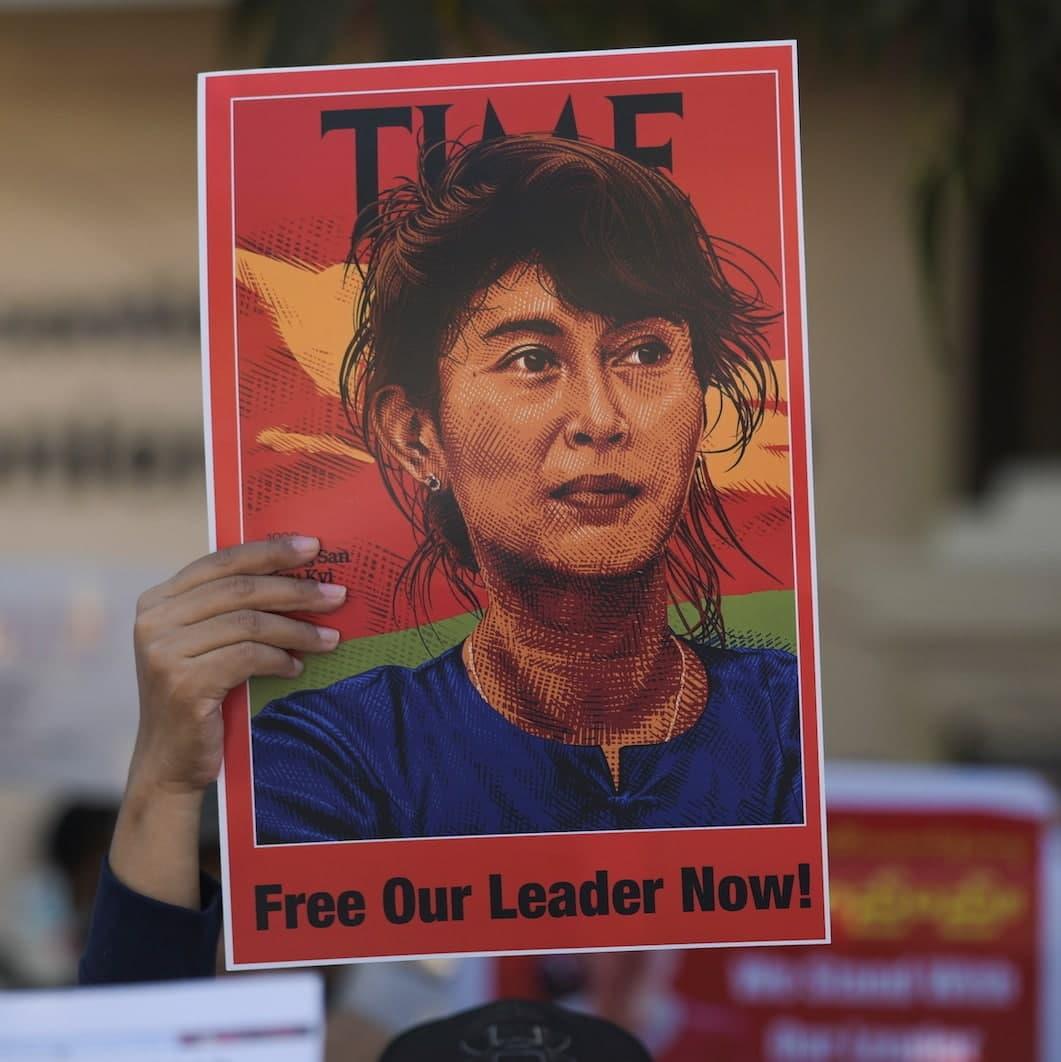