Myanmar Protesters Hope 'Broken Down' Cars Can Stymie a Crackdown

YANGON, Feb. 17 (CNA) - Opponents of Myanmar's military coup parked their cars in the middle of city streets and on bridges on Wednesday (Feb 17), pretending they had broken down to block police and army trucks moving around to break up protests.

Calls for a "broken-down car campaign" spread quickly on social media after the military's overnight block on the Internet was lifted. Numerous pictures soon appeared of supposedly stalled cars, with bonnets raised, clogging up streets.

"Everyone is facing difficulties," said taxi driver Thein Naing, who was taking part in the protest in the main city of Yangon after giving up hope of doing any business on Wednesday, with petrol prices so high and traffic even more grid-locked than usual.

The car campaign came as democracy activists were aiming to draw huge crowds in Yangon and elsewhere in what they hope will be a major show of opposition to the army's overthrow and arrest of elected leader Aung San Suu Kyi.

But it risked being too successful for its own good and preventing opponents of the coup joining the protest, one activist said.

"There need to be millions of protesters at Sule," said activist Maung Saung Kha, referring to a central Yangon protest site.

"Stop the 'broken-down car' at 11am and help the protesters get to Sule as soon as possible." 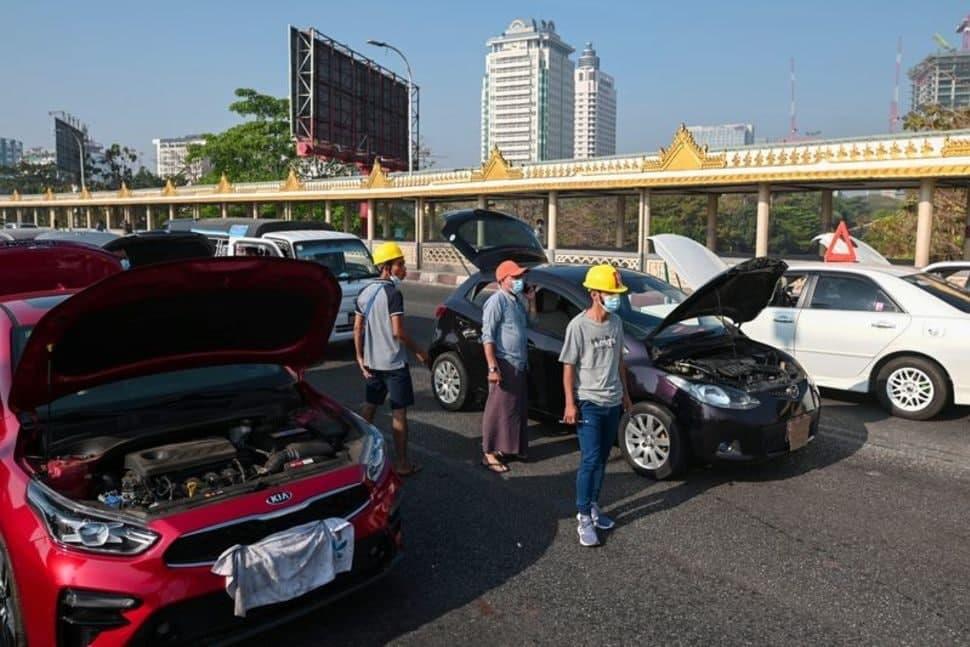