WASHINGTON, Feb. 17 (Sputnik) - In a return to cable news following more than a month of silence, former US President Donald Trump has shared his views on a range of issues, including a potential presidential bid in 2024 and social media censorship.

Speaking on Newsmax TV on Wednesday evening, Trump said that he wanted to "be somewhat quiet" after leaving the White House.

Twitter, Facebook, Instagram, and Youtube all blocked Trump on their social media platforms following the DC riots on January 6, when thousands of Trump supporters stormed Capitol Hill in a bid to prevent the congressional certification of Biden's win in the 2020 election. Lawmakers on both sides accused Trump of inciting the rioters and sought to oust him either through invoking the 25th Amendment, or by initiating a process of impeachment.

Trump apparently does not regret his Twitter ban, as he criticized the platform for deliberately censoring "everything [he] was saying", adding that "millions of people" are quitting Twitter because it's become "very boring."

"We were being really harassed on Twitter," Trump said. "They were putting up all sorts of flags, I guess they call them. They were flagging almost anything you see, everything I was saying was being flagged. It's just disgraceful."
"It's become very boring. We don't want to go back to Twitter," he concluded.

Trump has had a long history of a complicated relationship with Twitter: the platform began placing a "public interest notice" on select Trump tweets in May, after the president apparently ran afoul of the platform’s rules, invoking criticism from Trump and supporters of his Republican party. Trump administration accused Twitter (and also Facebook) of unfairly targeting tweets by the then-president and his supporters during the 2020 election campaign.

Even before the election, Trump and his allies were infuriated with Twitter for blocking the sharing of a New York Post story on alleged wrongdoing by Biden and his son Hunter in dealings with China during the Obama administration years when the Democrat served as vice-president.

Trump Slams Biden's Statements on Coronavirus Vaccines
Trump criticized Biden over his recent statements regarding the COVID-19 vaccine, apparently referring to the president falsely claiming they didn’t have jabs when he entered office. Trump said Biden was “either not telling the truth, or he’s mentally gone”. He added that his administration was actually providing vaccines and that he believes Biden himself took his first shot "long before" the inauguration.

Biden, 78, was inoculated on January 21, just a day after assuming office. A Food and Drug Administration (FDA) advisory panel approved Pfizer's vaccine for Americans on December 11, when Trump was still in office.

Trump Hints at Possible 2024 Run
While he did not state exactly that he was going to attempt another presidential bid, Trump said that he and his team have "tremendous" support, despite the impeachment efforts pushed against him.

"I won't say yet, bet we have tremendous support," Trump said. "Let's say somebody gets impeached. Typically, their numbers would [go] down. They would [go] down like a dead balloon. But [our] numbers are very good, they're very high."

Last week, the Senate acquitted Trump on the sole article of "incitement of insurrection". Trump has become the first American president ever to be impeached twice, though both times lawmakers who sought to impeach him failed to obtain the needed two-thirds majority. 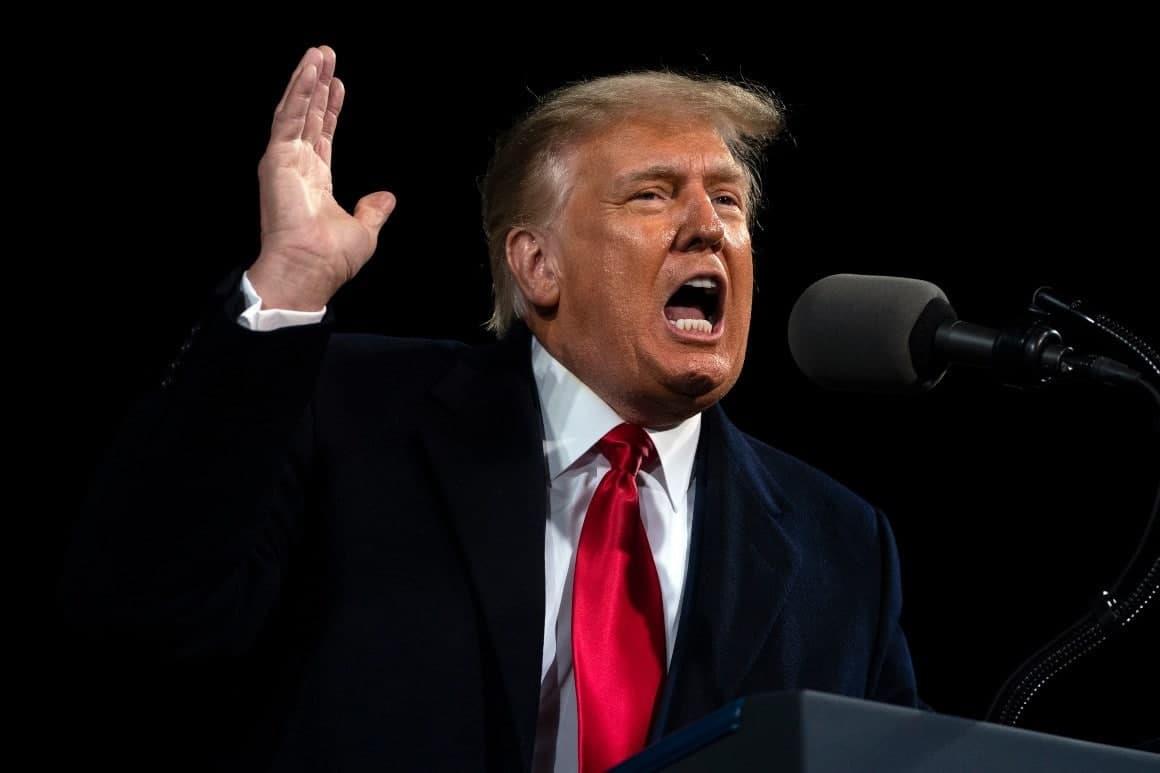