LONDON, Feb. 18 (RT) - Vaccines developed by US companies Pfizer/BioNTech and Moderna are producing fewer antibodies against the coronavirus mutation that has emerged in South Africa, according to studies reported in the New England Journal of Medicine.

A lab study jointly conducted by Pfizer/BioNTech and researchers at the University of Texas in Galveston showed that the neutralization of the South African strain “was weaker by approximately two thirds,” but concluded that it was “unclear what effect” that would have on protection the vaccine provided from the disease. This is according to the letter by the researchers published on Wednesday in NEJM, the oldest US medical journal.

Another study conducted by Moderna and the National Institute of Allergy and Infectious Diseases – whose head, Dr. Anthony Fauci, is the Biden administration’s “coronavirus czar” at the moment – showed “reductions by a factor of 2.7” in the titers of neutralizing antibodies against the variant known as the B.1.351 – and by a factor of 6.4 when pitted against the full range of South African mutations.

“Protection against the B.1.351 variant conferred by the mRNA-1273 vaccine remains to be determined,” says the letter from the Moderna/NIAID researchers, also published by NEJM on Wednesday.

Moderna said it is working is working on booster shots if needed. Pfizer and BioNTech are also preparing to develop an update or a booster shot if needed, according to a statement cited by Bloomberg. In a statement released in January, ahead of the study's review, they said the performance of their vaccine was "slightly lower" against the South African strain when compared to other mutations, but that "small differences in viral neutralization observed in these studies are unlikely to lead to a significant reduction in the effectiveness of the vaccine."

South Africa has halted the vaccination with Astra Zeneca’s formula after a study showed it didn’t work as well in preventing Covid-19 caused by the mutant strain. President Cyril Ramaphosa took the Johnson & Johnson vaccine on Wednesday.

The Pfizer/BioNTech and Moderna vaccines were developed in the US as part of the Trump administration’s 'Operation Warp Speed' effort to battle the virus. They were officially approved after the 2020 election and their distribution started in December. The Pfizer shot was the first to receive emergency authorization from the World Health Organization, on December 31.

The South African strain shares some of the mutations with the previously discovered UK variant, known as B.1.1.7. Earlier this week, Russian health authorities said that both Russian vaccines against the coronavirus, Sputnik V and EpiVacCorona, are just as effective against the UK variant of the virus as against the original strain, which was first detected in Wuhan, China.

Though it was the first registered vaccine against Covid-19 in the world, Sputnik V is still waiting for WHO approval, even though it has been cleared for use in 29 countries and territories across the globe. 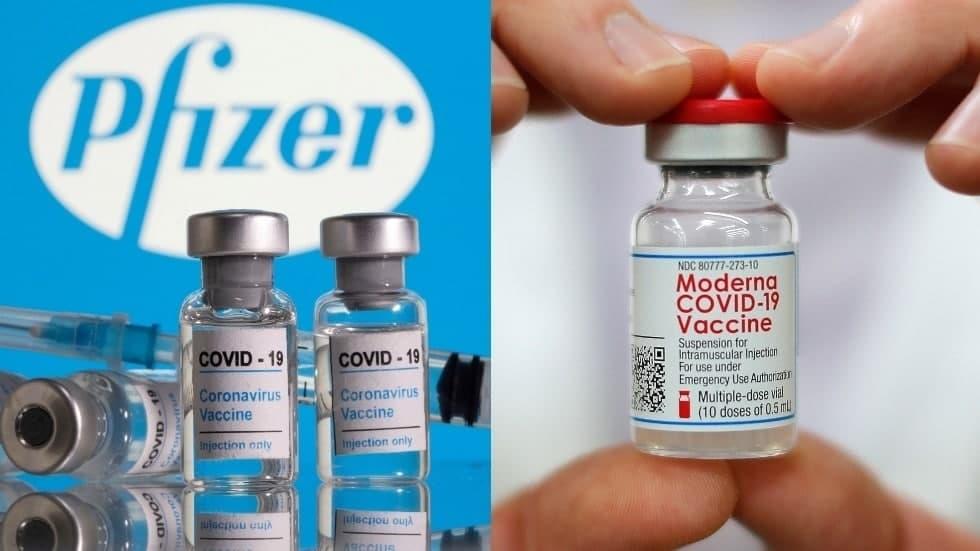