The volcano, close to Indonesia's cultural capital Yogyakarta on Java island, had already spewed lava almost two dozen times over the two last days and caused hundreds of minor volcanic quakes, according to a report by Indonesia's geological agency.

"This morning, lava avalanches were observed seven times," the agency said, with the lava travelling up to 700m to the southwest.

However, an official warning over the status of the volcano was unchanged at its second-highest level, where it has remained since November last year.

Nearby residents were told to avoid the area within a 5km radius of the crater and were warned about the lava as well as airborne volcanic material.

Last month, the volcano spewed huge clouds of smoke and ash that billowed down its sides.

Mount Merapi's last major eruption in 2010 killed more than 300 people and forced the evacuation of around 280,000 residents from surrounding areas.

That was its most powerful eruption since 1930, when around 1,300 people were killed, while another explosion in 1994 took about 60 lives. 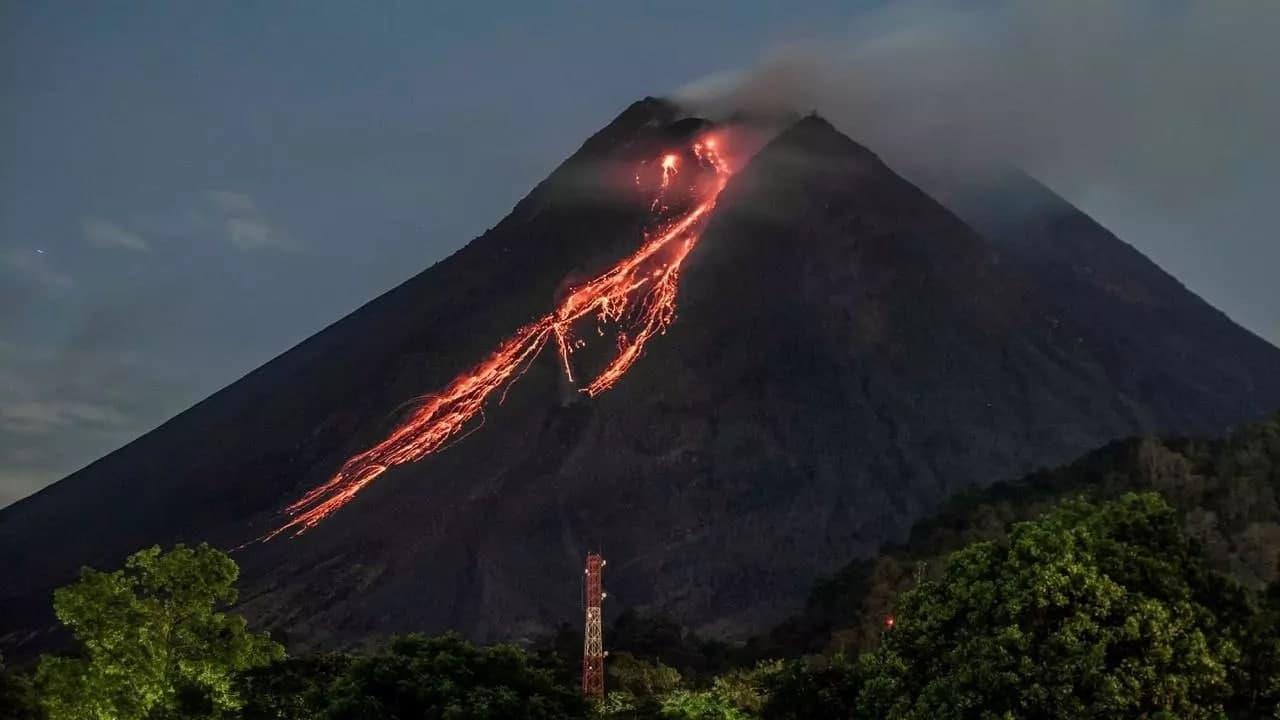