BANGKOK, Feb. 19 (CNA) - Thai authorities increased security around parliament on Friday (Feb 19) ahead of demonstrations coinciding with a no-confidence vote against the government of Prime Minister Prayut Chan-o-cha.

Several water cannon trucks were spotted near parliament, raising the prospect of renewed clashes between protesters and police.

The police says all protests in Bangkok are illegal, citing the ban on public gatherings since a second wave of COVID-19 infections began in December.

"We will not allow the demonstrators to enter the area in front of parliament," Police Major General Piya Tavichai, deputy commissioner of the Bangkok Metropolitan Police Bureau, told Reuters.

The youth-led protests emerged last year to demand the resignation of one-time coup leader Prayut and an end to what they call military dominance of government.

Thousands of police officers were on standby ahead of the parliamentary vote scheduled for the weekend, which Prayut and his cabinet are expected to survive.

The censure debate began on Tuesday, led by an opposition that has said a 2019 election was engineered to ensure that Prayut remained in power five years after overthrowing an elected government. Prayut's administration says the vote was free and fair.

The protests have broken long-standing taboos by calling for reform of the powerful monarchy that activists say helps enable establishment rule. The palace has not commented.

Protest leaders planned to gather in front of parliament on Friday afternoon and to stage another protest in Bangkok on Saturday.

Piya said the police had deployed 900 officers around parliament and put 11,850 officers on standby for the weekend.

"We will not use all (the forces) but we have the force to be called upon when necessary," Piya said.

Last week, police clashed with protesters demanding the release of four activists jailed pending trial on charges that they insulted the monarchy, a crime in Thailand punishable by up to 15 years in prison. 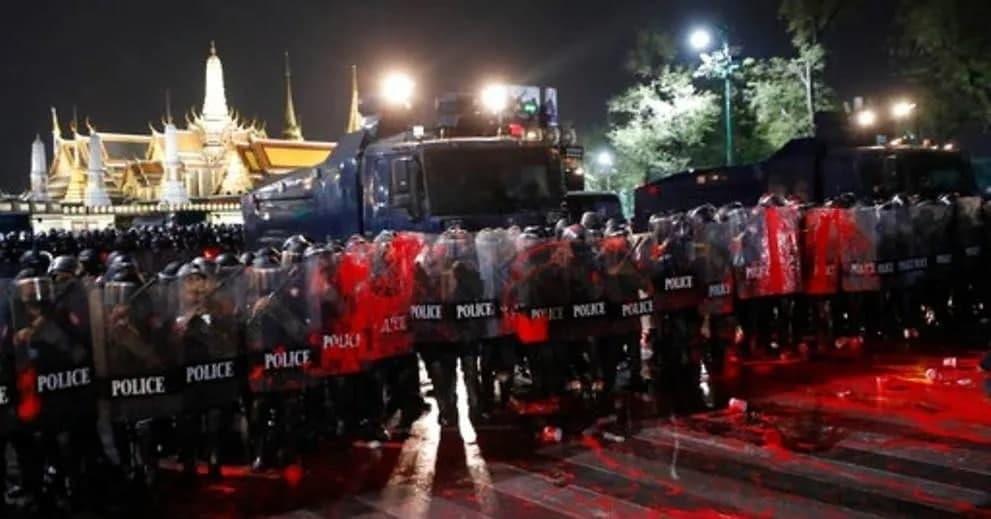