HANOI, Feb. 19 (CNA) - Vietnam will receive 60 million COVID-19 vaccines this year, including 30 million under the WHO-led COVAX scheme, the health minister said on Friday (Feb 19) as the Southeast Asian country battles its biggest virus outbreak since the pandemic began.

Vietnam has been one of the world's virus-mitigation success stories, thanks to targeted mass testing and strict quarantining. Its total number of cases since the coronavirus was first detected in the country more than a year ago stands at 2,347, including imported cases, with 35 deaths.

But the new outbreak of the more contagious UK variant of the disease detected in the northern province of Hai Duong last month is Vietnam's biggest pandemic challenge yet, health minister Nguyen Thanh Long told a COVID-19 taskforce meeting.

"This wave's virus variant is 70 per cent more transmissible. If we can't keep up with testing amid this spike in cases, we can't contain the outbreak," Long said, according to a post on his ministry's website.

"Testing is the key to fight the virus".

Vietnam has recorded 755 infections since the beginning of the current outbreak, accounting for a third of the country's total cases since the start of the pandemic.

Long said Vietnam's current COVID-19 battle was not likely to end in the first six months of this year, and could continue throughout 2021.

Most of the 30 million COVAX vaccines would be used in the second half of this year, Long said. Earlier this month, the government said Vietnam would get access to the first batch of COVAX vaccines within the first quarter.

The government previously said Vietnam would only receive between 4.89 million and 8.25 million doses under the COVAX scheme.

In January, Vietnam said it had agreed to separately buy 30 million doses of the AstraZeneca vaccine. The government said the first batch of 204,000 doses would arrive on Feb 28, while a home-grown vaccine would likely be available for domestic inoculation by May.

Long said areas currently suffering from outbreaks would be prioritised for inoculation, and urged private companies to support health ministry efforts to bring the vaccine to Vietnam. 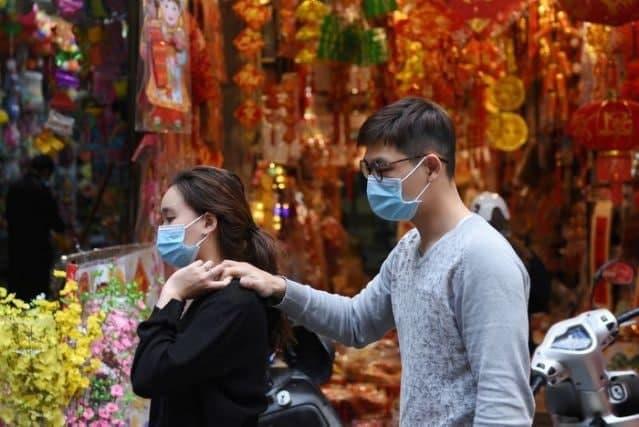