Spokesperson Hua Chunying made the remarks at a press briefing when asked to comment on relevant reports on Chinese vaccines.

According to media reports, wealthier nations have locked up so many doses of Western vaccines, in some cases securing contracts for two or three times the size of their populations. After being squeezed out of the race for Western vaccines, developing countries are provided Chinese vaccines with options to overcome the pandemic. Chinese vaccines have become the most reliable source for many developing countries to fight the COVID-19 pandemic.

"We are very pleased to hear some news that Chinese vaccines can relieve the urgent need of relevant countries at the critical moment of fighting the pandemic," Hua said.

According to Hua, many countries sent charter planes to China to transport vaccines, and heads of state or government of many countries personally went to the airport to welcome Chinese vaccines.

Hua quoted some foreign leaders as saying China still does not forget to provide vaccine assistance to developing countries even when it needs vaccines and Chinese jabs are like "the light at the end of the tunnel."

"As far as I know, at least eight foreign heads of state or government have received Chinese vaccines, which is their vote of confidence in the safety and effectiveness of Chinese vaccines," said the spokesperson.

Emphasizing that China's international cooperation on vaccines aims to make the jabs a global public product, Hua said all parties should come together to reject vaccine nationalism, and promote fair and equitable distribution of vaccines, especially in developing countries.

China will continue to develop vaccine cooperation with relevant countries in different ways, and make its own contribution to winning an ultimate victory in defeating the pandemic, Hua added. 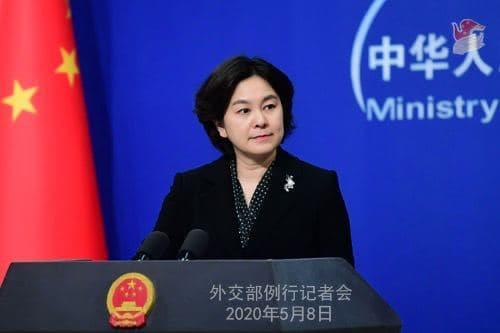