UNITED NATIONS, Feb. 19 (Xinhua) -- UN Secretary-General Antonio Guterres on Friday called for global action to bring the world back on track in face of myriad challenges.

The global tests and challenges are getting bigger and more complex. Yet the responses remain fragmented and insufficient, he told a virtual special edition of the Munich Security Conference.

COVID-19 has x-rayed the world, exposing deep fissures and fragilities. Those vulnerabilities go well beyond pandemics and public health, he said.

Climate catastrophe is looming. Inequality and discrimination are ripping the social fabric. Corruption is destroying trust. The struggle for women's rights faces a pushback. The Sustainable Development Goals are off track, he noted.

Wild West behavior in cyberspace has created new vectors of instability. Even the nuclear disarmament regime is eroding, despite the welcome decision of the United States and Russia to extend the New START Treaty, he added.

"Now, 2021 must be the year to get back on track. Pandemic recovery is our chance," he said.

He reiterated his call for a Global Vaccination Plan against COVID-19.

Vaccines must be available and affordable for everyone, everywhere. Vaccine equity is crucial for saving lives and for saving economies, he said.

Countries need to share excess doses and provide the funds needed for the COVAX initiative, a global tool to procure and deliver vaccines for low- and middle-income countries, to be in full swing. There is also a need to at least double global manufacturing capacity, through sharing of licenses and technology transfer, he said.

"I believe the G20 (Group of 20) is well-placed to establish an Emergency Task Force to prepare such a Global Vaccination Plan, bringing together the countries, the companies and the international organizations and the financial institutions with the required power, scientific expertise and production and financial capacities."

He called for global action to reach net-zero greenhouse gas emissions by mid-century.

There is reason for hope as countries representing more than 65 percent of emissions and more than 70 percent of the world economy have committed to net-zero greenhouse emissions by 2050, he said. "Let's expand this coalition to 90 percent by the November (UN) Climate Conference in Glasgow."

All countries, cities, corporations and financial institutions should set benchmarks to implement the net-zero transition in the next 30 years. This should start now with concrete steps: to put a price on carbon; to end subsidies and financing for coal and other fossil fuels, and to reinvest those funds in renewable energy and in just transition, he said.

Guterres stressed the need to ease geopolitical tensions and enhance diplomacy for peace.

"We cannot solve the biggest problems when the biggest powers are at odds. Our world cannot afford a future where the two largest economies split the globe into two opposing areas in a Great Fracture -- each with its own dominant currency and trade and financial rules, its own Internet and its artificial intelligence capacity and strategy."

A technological and economic divide risks turning into a geo-strategic and military divide. The world must avoid this at all costs, he said.

Guterres repeated his call for a global cease-fire. "We have seen some encouraging signs in a few stubborn peace processes. But elsewhere, fighting continues. Everyone is losing."

There is also a need for a cease-fire beyond traditional battlefields: in homes, workplaces, schools and public transportation, where women and girls face an epidemic of violence; and in cyberspace, where attacks of all kinds are happening every day, he said.

It is time to re-define global governance for the 21st century, he said. That means ensuring new ways to deliver global public goods, build a fair globalization and solve common challenges.

"Many believe that growing multipolarity in the world will guarantee, by itself, peace. But let us heed history. More than a century ago, Europe was multipolar. But there were no multilateral governance mechanisms. The result was the First World War," he noted. "Now is the time for solidarity and international cooperation to tackle our even bigger and more complex challenges. I am convinced that if we are determined, we can achieve our shared goals."

This year's Munich Security Conference was postponed to a later date in 2021 due to the ongoing COVID-19 pandemic. A virtual special edition was launched on the usual February timeframe. 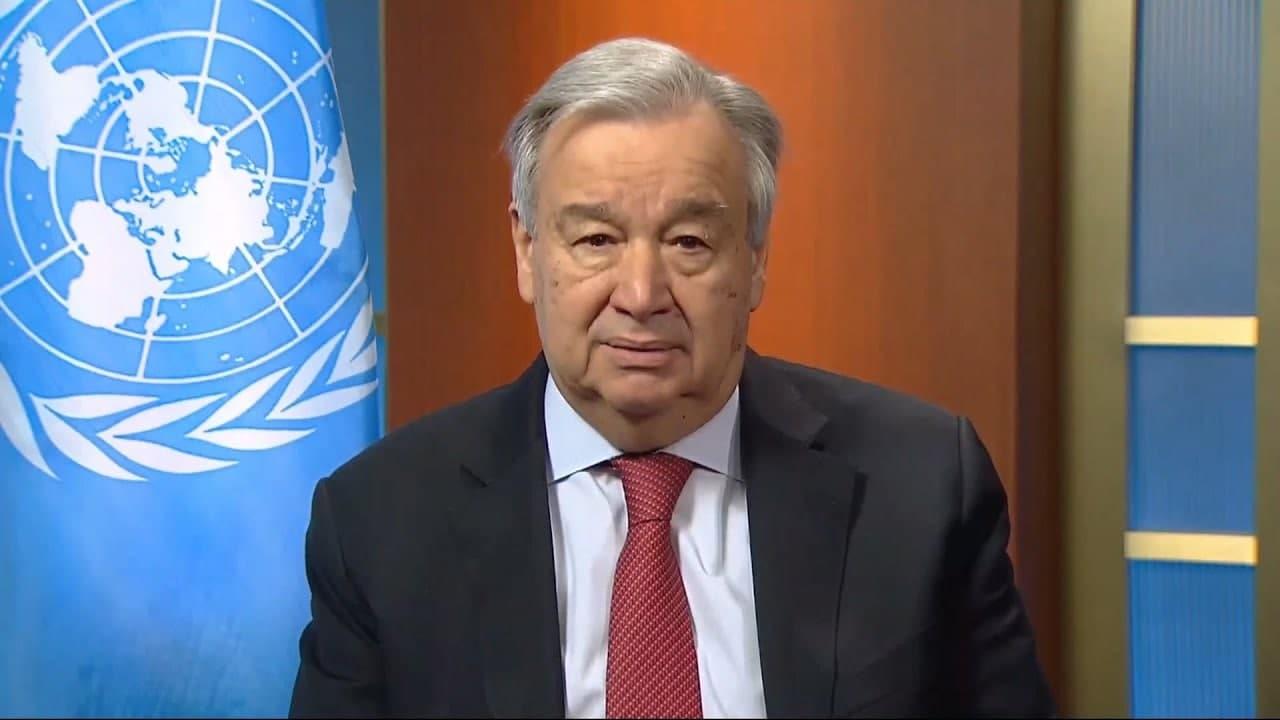