WASHINGTON, Feb. 19 (Xinhua) -- Many U.S. lawmakers on Friday denounced recent attacks on Asian Americans across the country amid the rampant coronavirus pandemic.

The Asian American community had "reached a crisis point that cannot be ignored" amid the surge of violence and hate crime against Asian Americans since last month, Congresswoman Judy Chu, chair of Congressional Asian Pacific American Caucus, said at a virtual press conference.

"Just as many Asian Americans were preparing for the Lunar New Year over the past few weeks, we saw a surge in anti-Asian violence," Chu said, citing the killing of 84-year-old Thai American Vicha Ratanapakdee in San Francisco and violence against senior citizens in Chinatown in Oakland, California.

Many of the lawmakers speaking on Friday laid the blame at the feet of leaders like former President Donald Trump, who has blamed China for the pandemic and used derisive terms for the coronavirus, according to a USA Today report.

They called on Congress to take action to pass the "No Hate Act," which would provide grants to states to improve hate crime reporting.

Earlier this week a 52-year-old Asian woman was violently pushed to the ground and hurt in her head seriously in New York. The incident was brought under spotlight as American actor Olivia Munn called on social media to help local police snap the suspect.

Urges from celebrities like Munn that hate crimes against Asians must stop have raised the awareness among the public. #StopAsianHate has become a popular hashtag on social media platforms.

U.S. President Joe Biden last month signed a memorandum condemning the surge of anti-Asian racism in the country during the COVID-19 pandemic, while directing the Department of Justice to make more concerted efforts to address hate crimes and harassment against Asian Americans and Pacific Islanders.

Throughout last year, Trump, then U.S. president, repeatedly referred to the coronavirus as the "Chinese virus" despite guidance from public health officials to avoid attaching locations or ethnicity to a disease.

A study published in the journal Health Education & Behavior suggests that such racist rhetoric has had a profound impact on how those in the United States see Asian Americans, noting the language led to an increased subconscious belief that Asian Americans are "perpetual foreigners."

Stop AAPI Hate, an online reporting center, received 2,808 reported incidents of racism and discrimination targeting Asian Americans across the U.S. between March 19 and Dec. 31, 2020. Victims said they were spat on, stabbed while shopping, shunned for wearing masks and barred from entering ride-hailing vehicles.

An estimated 2 million Asian Americans and Pacific Islanders have served on the front lines of combating the pandemic as health care providers, first responders, and other essential roles, local media said. 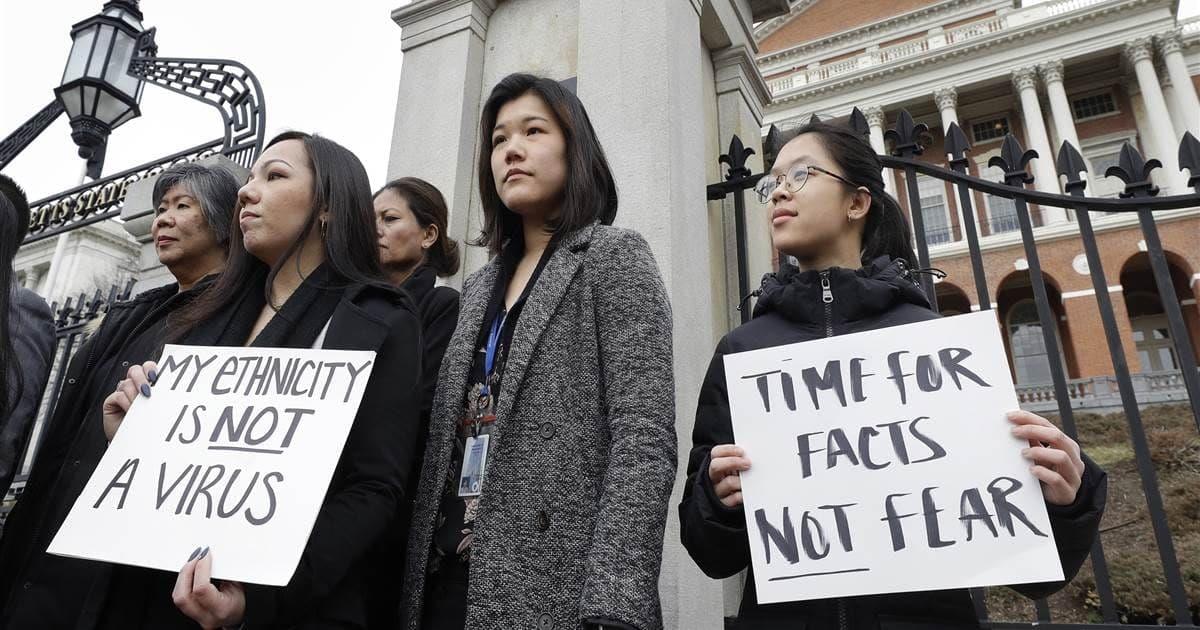