"Two people were killed and about 30 others injured," said Hlaing Min Oo, the head of a Mandalay-based volunteer emergency rescue team.

"Half of the injured people were shot with live rounds."

One of the victims was a boy who was shot in the head, he added. The violence broke out during a raid on a shipyard in Mandalay.

A volunteer doctor confirmed there had been two deaths: "One shot in the head died at the spot. Another one died later with a bullet wound to the chest."

The protests against the coup that overthrew the government of veteran democracy campaigner Aung San Suu Kyi have shown no sign of dying down. Demonstrators are sceptical of the army's promise to hold a new election and hand power to the winner.

Authorities have arrested hundreds of people since the putsch, many of them civil servants who had been boycotting work as part of a civil disobedience campaign.

On Saturday, hundreds of police gathered at Yadanarbon shipyard in Mandalay, on the Irrawaddy river.

Their presence sparked fears among nearby residents that authorities would try to arrest workers for taking part in the anti-coup movement.

Banging pots and pans in what has become a signature gesture of defiance, protesters started yelling at the police to leave.

According to the media and an ambulance service, police and striking shipyard workers had faced off for hours.

One woman received a head wound and emergency workers quickly administered first aid to her.

A Facebook video streamed live by a resident on the scene appeared to carry non-stop sounds of gunshots.

"They are shooting cruelly," said the resident, who appeared to be taking shelter on a nearby construction site.

"We have to find a safer place."

An AFP reporter on the ground heard multiple gunshots.

Since the nationwide protests started two weeks ago, authorities in some cities have deployed tear gas, water cannon and rubber bullets against demonstrators.

There have been isolated incidents of live rounds in the capital Naypyidaw.

An anti-coup protester who was shot in the head during a Feb 9 demonstration in Naypyidaw died on Friday. 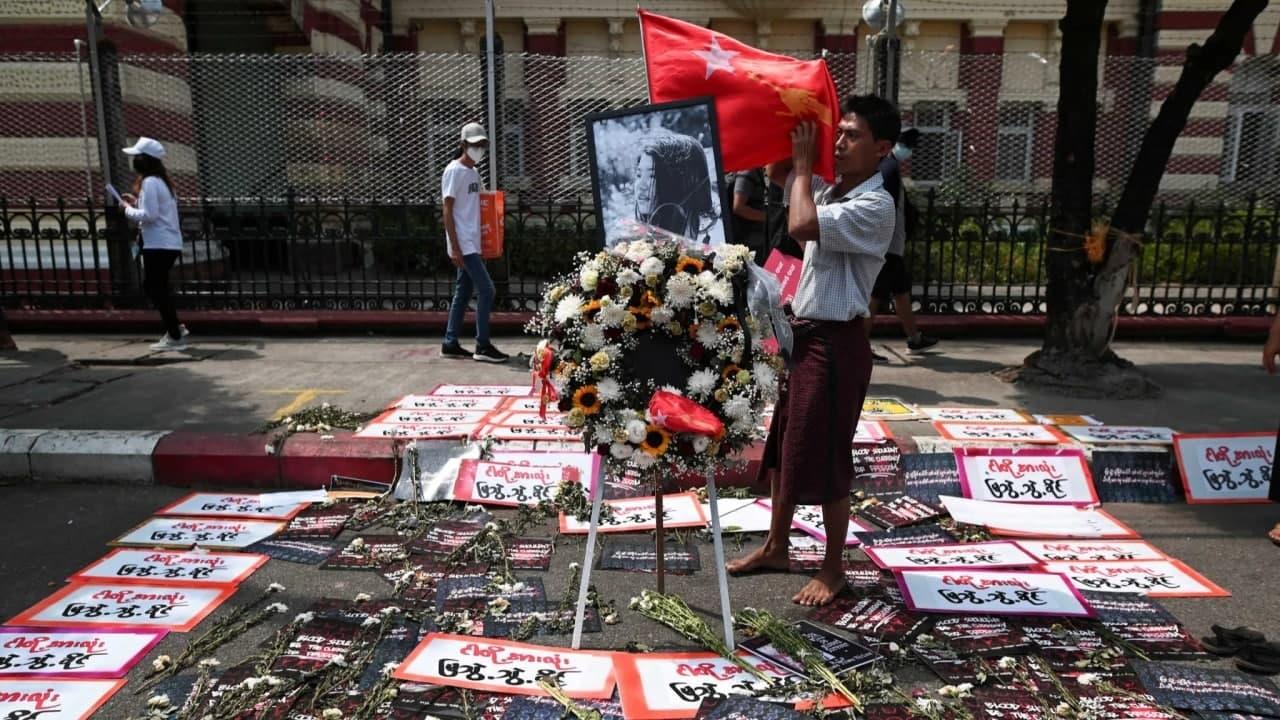