UN Condemns Use of 'Lethal Force' in Myanmar

UNITED NATIONS, Feb. 21 (AFP) - United Nations Secretary-General Antonio Guterres on Sunday condemned the recent events in Myanmar that saw security forces opening fire at protesters and killing two people. The secretary-general said that that "use of lethal force" against peaceful demonstrators was "unacceptable". The shooting took place on Saturday in Mandalay, second largest city of Myanmar.

"I condemn the use of deadly violence in Myanmar. The use of lethal force, intimidation & harassment against peaceful demonstrators is unacceptable. Everyone has a right to peaceful assembly. I call on all parties to respect election results and return to civilian rule," Guterres tweeted.

Two people were shot and killed and 20 were wounded, said Ko Aung, a leader of the Parahita Darhi volunteer emergency service.

The more than two weeks of protests had been largely peaceful, unlike previous episodes of opposition during nearly half a century of direct military rule, which ended in 2011.

A woman protester, Mya Thwate Thwate Khaing, succumbed to her injuries on Friday after being shot in head last week. The rounds were fired as police tried to disperse crowd in capital Naypyitaw. This was the first death among anti-coup demonstrators.

The army says one policeman has died of injuries sustained in a protest. 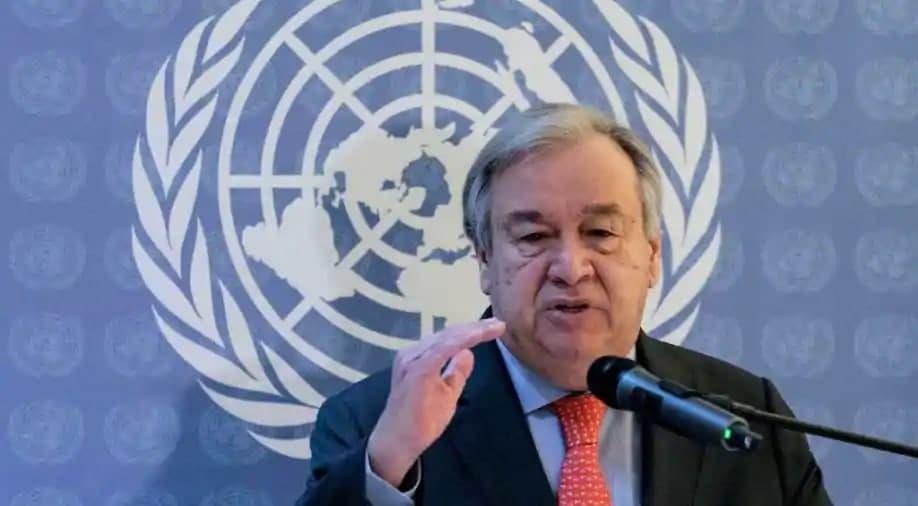