The vaccines arrived about a week after health authorities announced that Mexico's Federal Commission for Protection Against Health Risks had authorized emergency use for the Sinovac and CanSino Biologics vaccines.

The arrival of the vaccines marked new advances and important triumphs in cooperation between the two countries, Chinese Ambassador to Mexico Zhu Qingqiao said at the airport.

"The completion of the delivery of the vaccines shows, once again, that the people of China and Mexico are close sisters and brothers, and it reflects the great importance given by China to the Sino-Mexican relations," he said.

Mexican Deputy Foreign Minister for Multilateral Affairs Martha Delgado was also present at the arrival of the shipment, and said that the Mexico-China relationship has been strengthened through "great examples" of collaboration between the two sides since the beginning of the pandemic.

Jorge Baruch Diaz, head of the Travel Clinic at the National Autonomous University of Mexico, told Xinhua that Chinese vaccines will play an important role in Mexico's vaccination campaign. 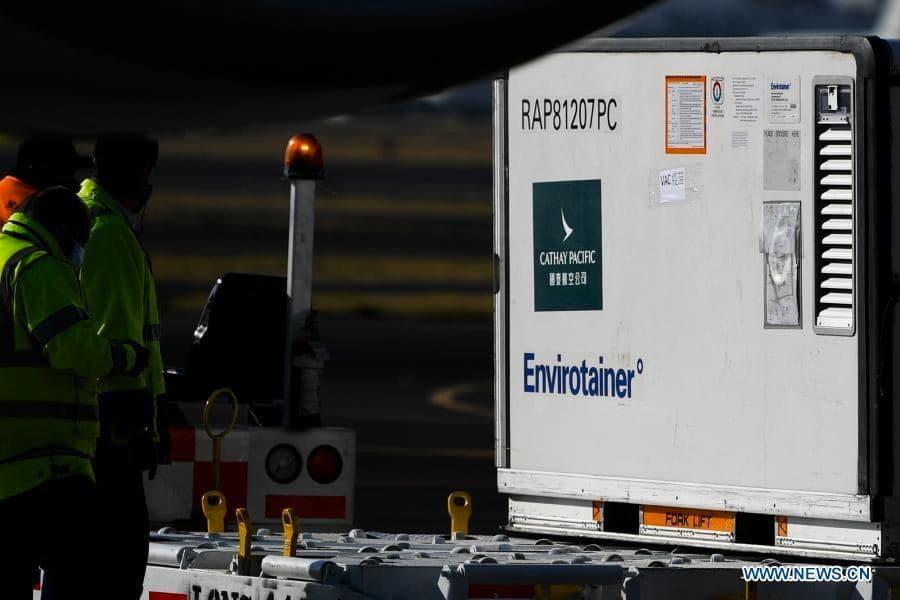