WASHINGTON, Feb. 24 (CNN) - While on a journey to study the sun, NASA's Parker Solar Probe has captured an incredible new view of Venus.

The mission, which launched in 2018, is intended to study the sun and reveal some of its mysteries. Over the course of seven years, the probe will travel through the sun's atmosphere and come closer to the surface of our star than any spacecraft before it.

Venus is instrumental to the probe's success. The spacecraft uses the gravity of Venus as it swings around the planet, called a gravity assist, to help bend the probe's orbit and bring it closer and closer to the sun.

During one of these Venusian flybys on July 11, 2020, the probe snapped an amazing image that shows an unexpected side of our planetary neighbor. This was the third Venus gravity assist for the Parker Solar Probe.

The spacecraft's WISPR instrument, or Wide-field Imager for Parker Solar Probe, was actively taking images during the flyby and captured the nightside, or side facing away from the sun, of Venus. The image was taken 7,693 miles away from the planet.

Parker Solar Probe just conducted its fourth flyby of Venus on February 20, passing 1,482 miles from the planet's surface, so the team planned another set of observations of the Venusian nightside. That data should be received by the end of April, according to NASA.

This flyby set Parker Solar Probe on course for its eighth and ninth close passes by the sun, which will occur on April 29 and August 9.

Each pass of the sun leads the probe to break its own previous record, coming more than a million miles closer than the pass before. These passes will bring the probe 6.5 million miles from the sun's surface. 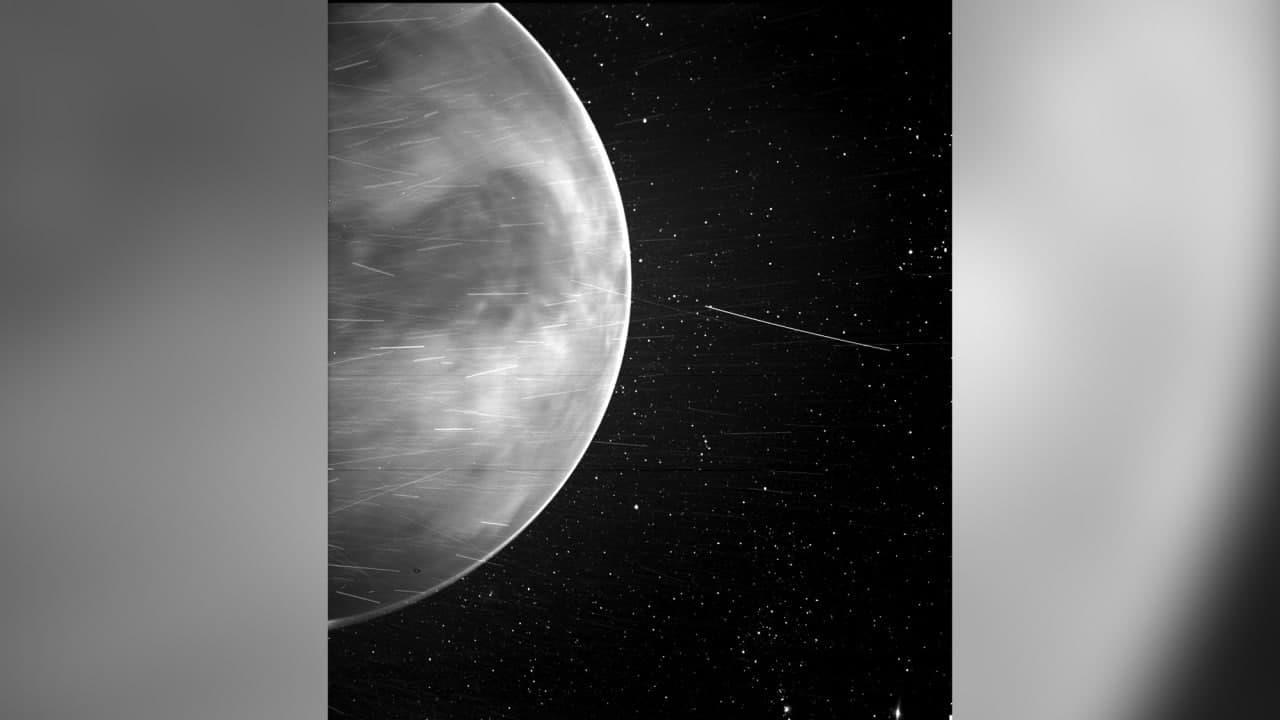